Conflict in age of extremes 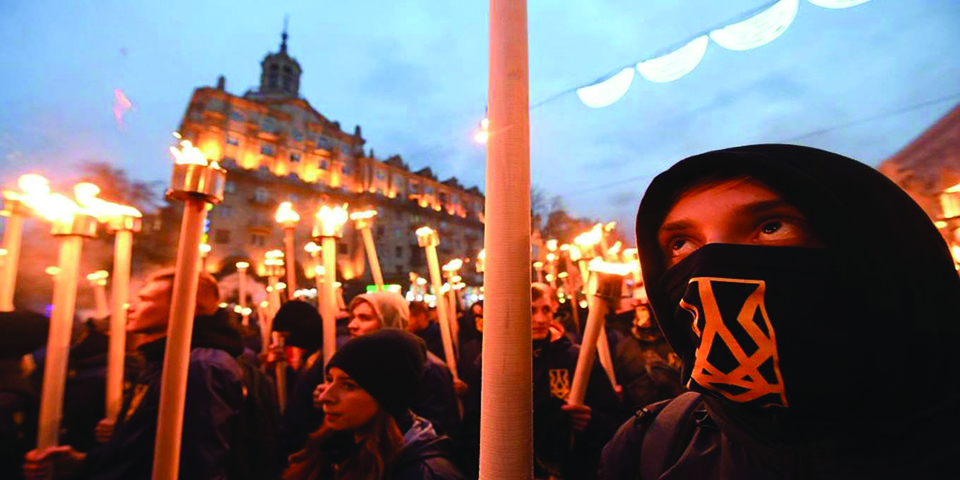 TEL AVIV – The late historian Eric Hobsbawm described the twentieth century as the “age of extremes,” in which state socialism led to the gulag; liberal capitalism led to cyclical depressions, and nationalism led to two world wars. He then predicted that the future would amount to a prolongation of the past and present, characterized by “violent politics and violent political changes” and by “social distribution, not growth.”

History may not repeat itself, but it does frequently rhyme. Former British Prime Minister Margaret Thatcher’s famous claim that “there is no such thing as society,” but only “individual men and women” certainly rhymes with the divisive worldview and self-serving behavior of today’s populist demagogues.

Today, like in the twentieth century, nationalism is tearing societies apart and dividing erstwhile allies, by fueling antagonism toward the “other” and justifying physical and legal protectionist barriers. The world’s major powers have largely resumed their Cold War postures, preparing themselves psychologically, if not militarily, for open conflict.

As Hobsbawm predicted, skyrocketing income inequality has emerged as a major cause of rising nationalism, anti-globalization sentiment, and even the shift toward authoritarianism. Reconfirming the connection between bad economics and political extremism—highlighted by John Maynard Keynes in the aftermath of World War I—a decade of austerity in Europe has weakened the foundations of the welfare state and driven millions of voters into the arms of populists.

Ironically, a major reason why today’s politics increasingly rhyme with twentieth-century developments is the fear of repeating the Great Depression—a fear that emerged after the 2008 financial crisis seemed to rhyme with the 1929 stock-market crash. Germany, for example, became obsessed with austerity, in order to ensure that runaway inflation did not contribute to dictatorship, as it had in the 1920s.

But austerity went too far, enabling anti-establishment politicians to capitalize on economic hardship (along with xenophobia and misogyny) to win support. Struggling to compete electorally, many mainstream parties moved away from the center, causing the entire political field to become increasingly polarized.

In Italy, the populist Five Star Movement and the nationalist League party have united in a flaky governing coalition following the electoral collapse of the country’s mainstream political forces. When Italian Prime Minister Giuseppe Conte proclaimed to Vladimir Putin that Russia is Italy’s “strategic partner,” it became clear that Italy, a core member of the EU and NATO, had become a potentially destabilizing power.

In Spain, the People’s Party (PP) has become openly nationalist under the leadership of the hardline Pablo Casado. Prime Minister Pedro Sánchez’s Spanish Socialist Workers’ Party is the PP’s mirror image, having abandoned the centrist legacy of Felipe González in order to compete with the far-left populists of Podemos.

In Germany, voters in Bavaria and Hesse abandoned German Chancellor Angela Merkel’s center-right Christian Democratic Union and its sister party, the Christian Social Union, in droves. The Greens drew votes from the more moderate Social Democratic Party, and the far-right Alternative für Deutschland gained significant ground. With the center gutted, Germany’s capacity to remain the bulwark of a united Europe is in jeopardy. Even the notion that a radical—even neo-fascist—leader could one day rule Germany again no longer looks farfetched.

The risks posed by these developments are hardly confined to the countries in question. Maintaining relative global peace—or at least avoiding major inter-state wars—depends on strong alliances and leaders’ awareness of the devastation their weapons can cause. But, at a time when shortsighted, radical, and inexperienced figures are gaining power, both of these bulwarks against war have been weakened.

In fact, the framework of global peace is already coming under mounting pressure. Because of Russian President Vladimir Putin’s relentless revanchism, Russia’s borders with NATO are now the sites of the most extensive military buildup since the Cold War.

Making matters worse, Trump has pulled the US out of the Intermediate-Range Nuclear Forces Treaty, unraveling decades of progress on nuclear arms control. He seems to hope to force Russia (and China) into a new deal by threatening to “develop the weapons.” But he is unlikely to succeed. Whereas Ronald Reagan was negotiating with the reform-minded Mikhail Gorbachev, Trump would be facing the power-hungry Putin.

The risks the world faces are compounded by new—and inadequately regulated—technologies. Cyber warfare is already a daily reality; indeed, at any moment, a cyber-attack could be launched against a NATO country, potentially triggering the alliance’s mutual-defense guarantee. Likewise, the United Nations has so far failed to overcome opposition to regulation of the use of lethal autonomous weapons based on artificial intelligence.

The risk of violent conflict will continue to rise as the effects of climate change intensify. Among other things, massive desertification in the Middle East and Africa would bring famines that dwarf those of the twentieth century in scale. Human migration would surge, and struggles over resources would intensify. Despite efforts to secure multilateral cooperation, in today’s Hobbesian world, the slide toward climate chaos seems unstoppable.

The challenges facing the world today would have been unimaginable in the twentieth century. But the underlying political dynamics are all too familiar. It is time for us to take stock of what those dynamics portend, and take seriously the lessons historical memory holds.

The last two decades have made clear that no post-Cold War US foreign policy consensus exists ... Read More...