Confessions of a husband 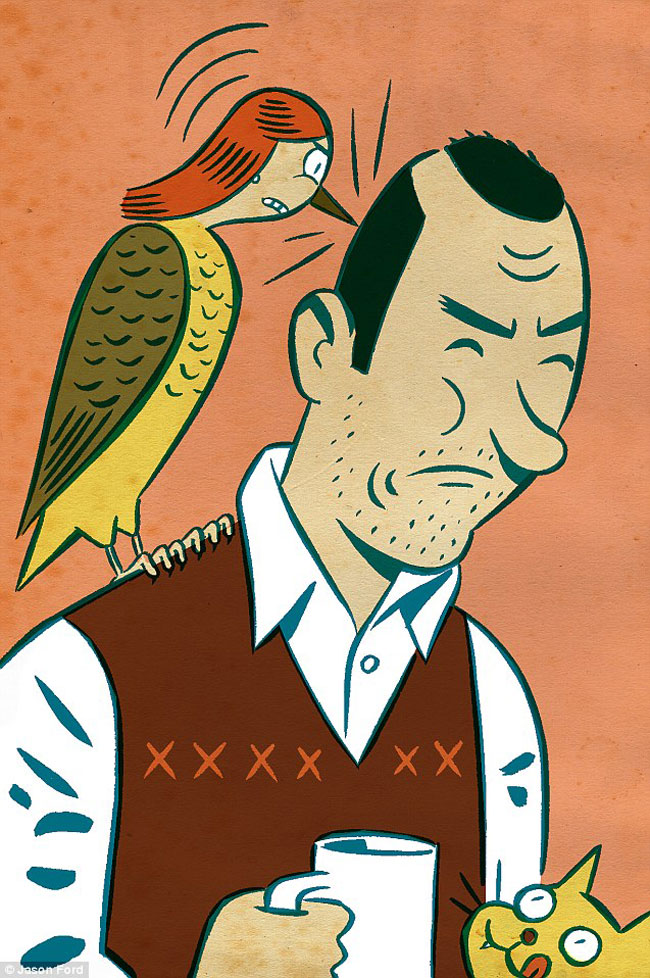 Husbands rarely get a chance to bare their souls. It’s usually the wives who get together with their friends and relatives and crib and complain about their marital lives, their husband issues and in-law problems. So we thought we should give men a chance to speak up and talked to some married, and soon-to-be married men and had them tell us what’s on their minds, and hearts. Presenting some interesting answers.

I have been married for 14 years and while it was a love marriage, there were times when we went through some difficulties. We almost got divorced twice but we made it through both the times. The secret to a good marriage, I believe, is that one of you needs to know when to shut up. In our case, both of us are very strong-headed individuals and when we fight no one keeps quiet or backs down. As a result, our fights have always been quite nasty. The reason we are still together despite numerous such disputes is our children. Had it not been for them, we would have walked out on each other a long time ago. When you have children, you end up doing what’s right for them and it’s never good for kids to grow up in a broken home. But now, we are working on resolving our issues and make it a point to understand what the other person is going through and the fights have lessened.

I got into an arranged marriage after I broke up with my girlfriend of eight years. It wasn’t an amicable breakup and I think I still bear some battle scars. I have been married for three years, and while I think my wife is an awesome person it’s safe to say that neither of us feel like we are ‘in love’. I don’t know if that is true for all arranged marriages but it’s how it is in our case. As a result, we don’t have fights at all and when my friends talk about arguments and issues with their wives I feel a little left out. I believe fights are important in any relationship especially one as complicated as marriage because it will strengthen your bond. We are trying to spend more time with each other though that’s difficult because both of us work. I didn’t think marriage would mean such hard work but I guess it can be when you get married in a hurry – almost as if to prove a point.
The one who thinks he got married in a hurry

I don’t understand the pressure the society puts on husbands to be the provider of the family and always be the responsible person in the relationship. I have to drop and pick up my wife if she goes somewhere at night. She drives but my family (and hers, for that matter) considers it improper for her to go around by herself after dark and thus I have to do it despite her being perfectly capable of doing it herself. If she gets into an accident, I have to take her scooter to the mechanics to get it fixed and I’m expected to foot the bill as well. At home, I’m responsible for all our bills and even our yearly travel expenditure. It takes a toll on me financially because in today’s world being responsible for another person entirely isn’t fair especially when that person has expenses of her own that needs to be met. We also send money to my wife’s parents, who live away from the capital, and even that comes out of my bank account. I just don’t think it’s fair.

A husband who is under too much pressure

My wife gets upset at me all the time. She will get mad if I have forgotten to put the toilet seat down. She will nag if I haven’t folded my clothes, or put my socks in the wrong drawer. She finds these small things really infuriating and will stop speaking to me at the drop of a hat. I sometimes don’t even understand what I’ve done wrong till she stops talking to me and I have to beg her to forgive me and tell me what I did that upset her. I know men can be sloppy and disorganized. I’m not generalizing since I have male friends who are neat freaks but compared to most women I know men aren’t very good at these things. But, to be honest, I’m trying so hard and yet when my wife chooses to ignore that and gets mad at me when I mess up it really hurts me. It sometimes seems like nothing I do is right or enough. People don’t change overnight and habits are even harder to break and I’m trying to do the best I can but I think my wife should also understand that. I’m not a bad husband but her behavior towards me, at times, sure makes me feel like one.

The one who is trying hard and failing

I recently got remarried. My previous marriage didn’t work out and we divorced after three years. I didn’t want to remarry but my parents kind of forced me into it. Now I live in perpetual fear of another marriage going down the drain and am making quite an effort to keep my wife happy. My wife senses that and tries to put me at ease but I just can’t shake off the memories of my previous marriage. I didn’t think I would ever get into another marriage after my divorce and maybe I shouldn’t have till I felt ready for another relationship. Now I’m just putting too much pressure on myself to live up to my wife’s ideals of a husband and while she seems happy, I keep looking for signs that will tell me something is about to go wrong. I feel like my life is a ticking time bomb that’s about to go off. And for that I hold a deep grudge against my ex-wife who put me in this mental state. Did I forget to mention she cheated on me?

The one who is divorced and thus damaged

I’m about to get married pretty soon and though it might just be me getting cold feet but I’m not sure if I’m cut out for this. I don’t like the baggage marriage comes with for men. Suddenly, I’ll not be living alone. There will be someone with me 24/7, and on top of that I’ll have to be responsible for her wellbeing and happiness. That’s too much. I don’t think I’ll be able to fulfill my roles of a husband. I have seen many friends get really stressed out about their responsibilities after getting married. Their carefree nature has been replaced by worries and doubts. You’ll have to be home at a certain time, you’ll have to answer to your wife as well now, and you’ll have to figure out a way to secure both your futures. My dad was already taking about investments and shares. I’m a little panicked right now. There is so much for a man to do and take care of. Girls have it relatively easy.
The one who wants (and doesn’t want) to get married.

RUKUM, Nov 19: A man in Rukum (West) reportedly shot his wife to death and also killed his son with a... Read More...

Deepashree finds herself a husband

The year 2017 started with the news of Nandita Das and her husband of seven years Subodh Maskara separating, Times... Read More...