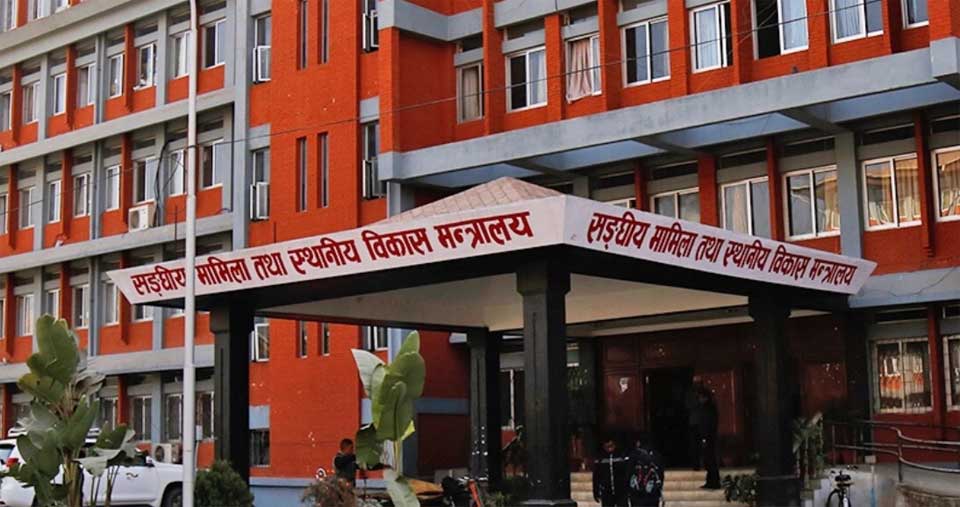 The press release issued by the Ministry says that work was ongoing in line with Article 302 of the Constitution of Nepal to adjust civil servants.

However, "the civil servants are breaching Clause 7 of Civil Service Act 2049 and expressing their comments in the social media and newspapers in ways that defame the minister, secretary and the ministry itself in an irresponsible, indisciplined way," the press statement reads.

The press release said that the Ministry was keeping track of civil servants who were irresponsibly and unprofessionally making comments to the minister, ministry and its staffers in terms of position, color, caste and community and spreading false information. 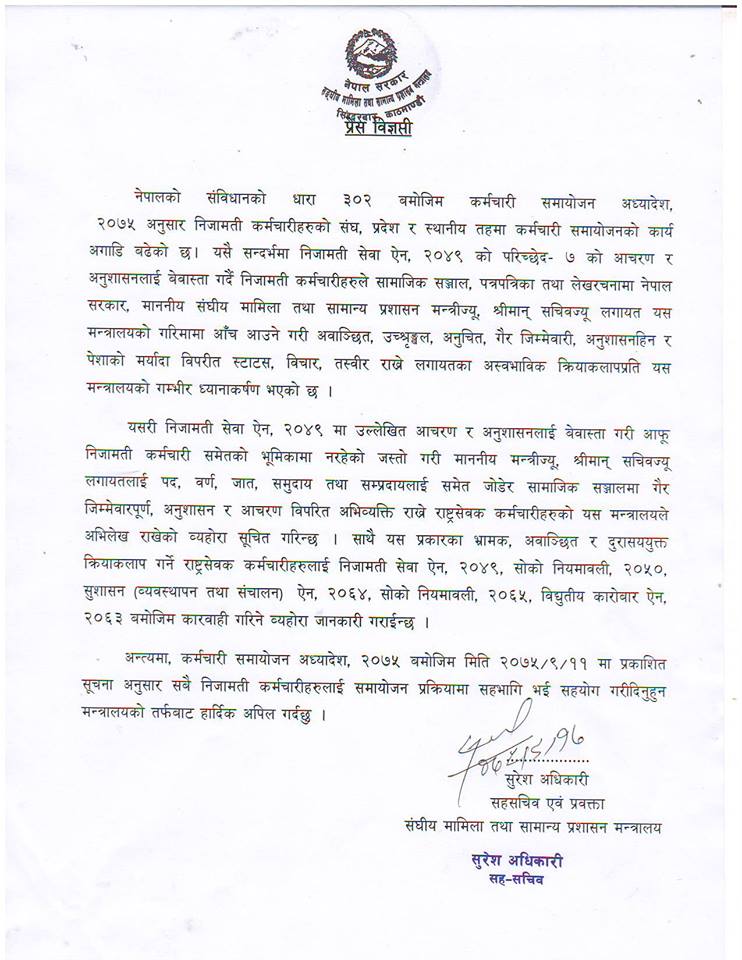 “Mr Prime Minister, how would you feel if you didn’t get a kidney ahead of transplantation?” (with video)
15 hours ago

Only essential services to remain open from today
23 hours ago

What we saw at Teku Hospital (photo feature)
15 hours ago
Oppn parties fail to secure majority seats in parliament to form new govt, Oli likely to be reappointed as new PM
13 hours ago

What we saw at Teku Hospital (photo feature)
15 hours ago