Computer classes without a computer! 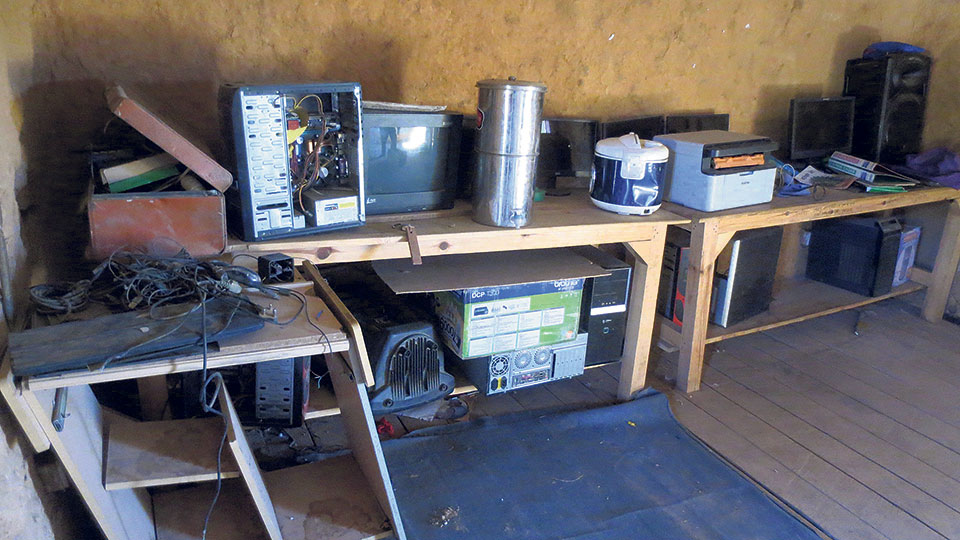 ROLPA, Jan 25: The importance of computer literacy in the digital world needs no exaggeration. Computer as a subject is thus taught at both community and private schools the countrywide. However, not all schools in the rural zones have computers. A case in a point is Indreshwari Secondary School of Khewase village of Rolpa Municipality - 3 where students do attend a 'computer class' but they have not seen one.

"There is computer subject for 6th graders and above. But there are no computers for them to learn practically," said the school principal Kulman Gharti. "We have been trying to address this problem, but the authorities concerned has not heard us," he added.

The school does have a computer lab, though. Four computers, which have gathered dust, look out of condition. Those were received by the school a few years back, but could not be used for long.  "The students learn only theories. We have no other way for now," said Gharti. "We have demanded new computers but the local unit has not paid heed," he added.  Nabin Budha, a seventh grader at the school meanwhile stated that the theoretical knowledge is not going to be of much use. For a subject like computer, practical learning is essential, he said. "We have not seen computers, let alone a chance to operate it. Only theoretical classes are not going to make us efficient," he said.

According to the ward chairperson Rajan Kawar, budget has been allocated for community schools. For physical infrastructures and other purposes, the budget could be used. "For repairing of building, painting and so on, we have allocated budget. The money should be used on priority basis," he said.

Chief of Education Department of Rolpa Municipality, Mahendra Parajuli, meanwhile, stated that the problem is not that of just computers. "There is lack of skilled teachers to operate computers, that's a bigger problem. Or else, we do have a policy to promote digitization in all schools," he said.  According to Kulraj Acharya, chief of the Education Department of Runtigudhi Rural Municipality, there are many schools in the district where computer classes are for the namesake only. "There are no computers in schools, neither are there computer teachers. The subject is also optional, not compulsory," he said.