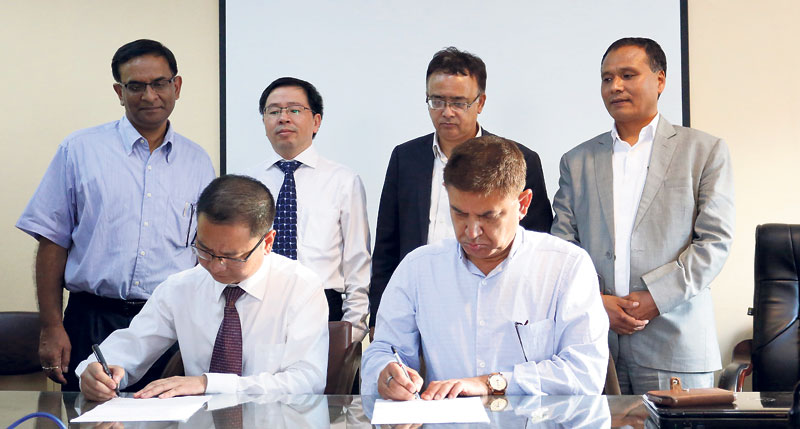 KATHMANDU, Sept 22: Minister for Energy Janardan Sharma on Thursday directed the contractor of the Chameliya Hydropower Project to complete the project in 10 months.

In a meeting with Nepal Electricity Authority (NEA) and contractor of the Chameliya Hydropower Project, China Gezhouba Group of Power Company (CGGC), the minister
asked the contractor to expedite the project which is already 10 months behind the schedule.

The project started construction in 2007. But its work has been halted for the past two years due to dispute regarding shrinkage in tunnel.

The contractor, NEA and the consultant on Thursday signed an 8-point agreement to reschedule the project. According to the agreement, the contractor has agreed to start the construction from next week.

The delay had made the 30-megawatt project situated at Balach in Shikhar VDC-4 of Darchula district uncertain. Upon completion, the project will generate 180 million units of electricity annually. People of the far-western region are expected to be benefitted from the project.

The project, which is expected to give impetus to the economic activities in the far-western development region, is estimated to cost Rs 15.6 billion. Its estimated cost was Rs 8.5 billion in the initial phase.

The delay has not only escalated the project cost but also deprived the people of far-western region of the dividends of development.

The project was initially targeted to be completed by March 2016, according to the revised schedule. The target was to complete the project by 2011 when the project went on floor in 2007.