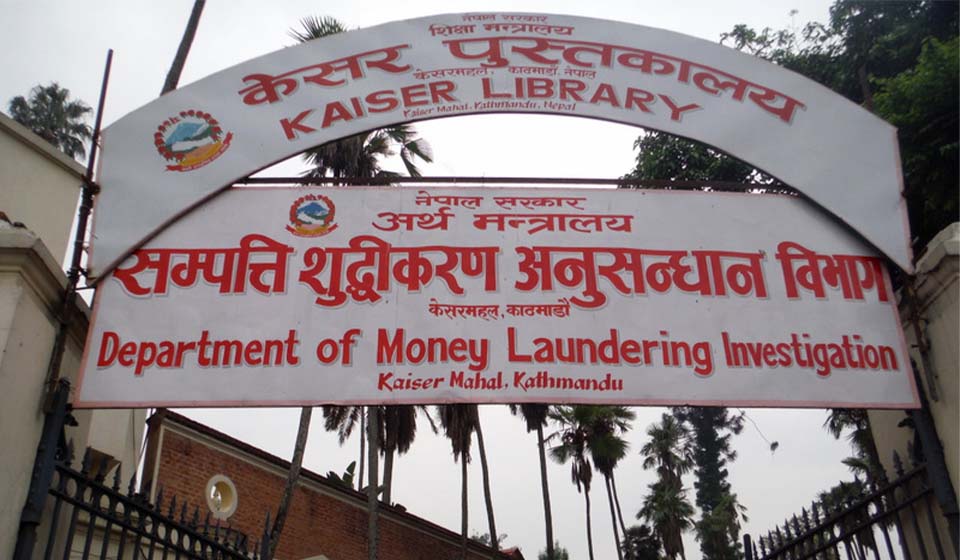 KATHMANDU, Dec 26: Lawyers and agitators demanding the resignation of Chief Justice Choendra SJB Rana have submitted a memorandum at the Money Laundering and Investigation Department to investigate the assets of the chief justice and his family members.

A team of protestors and civil society leaders including Dr Govinda KC had handed over the memorandum to Director-General Prem Prasad Bhattarai at the department’s office in Pulchowk, Lalitpur to launch an investigation on the property of CJ Rana including members of his family.

Chief Justice Jabra has been accused of involvement in corruption with the help of his brother, wife, other family members and relatives, close judges, constitutional body officials, businessmen and professionals. It has been alleged that Chief Justice Jabra illegally embezzled millions of rupees when he was a special court judge and bought the land in Thamel-109 and 110 in the name of his wife Reji Rana in 2008.

Handing over the memorandum, Dr. KC said that he urged for a clean investigation on the assets of the Chief Justice, who had amassed an unnatural lifestyle by acquiring immense wealth through corrupt practices under the protection of responsible officials in the name of power, were seen as unscrupulous. He said that civil society could not remain silent as the issue of corruption by CJ Rana was being reported in the media outlets.

Similarly, Advocate Omprakash Aryal said that there was no alternative to the investigation as the allegations against the chief justice were factual.