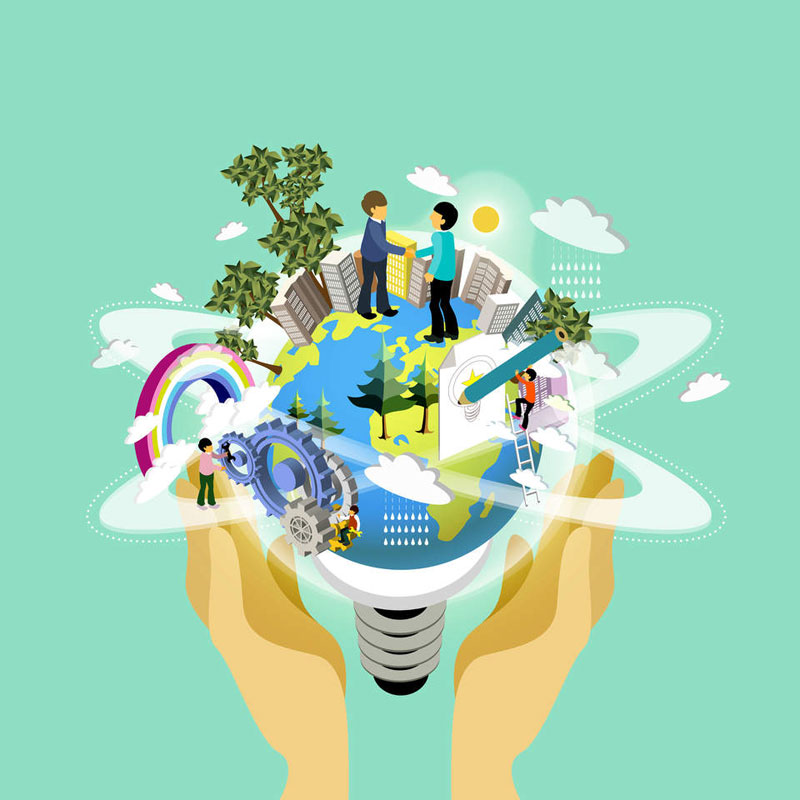 We urge every Nepali to know the SDGs and engage in their achievement.

Today marks the United Nations Day. Across the world, and here in Nepal, the United Nations is working to build unity and cooperation, the UN’s founding principle. In our 71st year, the UN and its member states are in the early stages of achieving the Sustainable Development Goals (SDGs), which are a set of ambitious targets set out to create the world that was envisioned when the UN first began.

As economies have developed, inequalities have increased—and we need to make sure that as we move forward, no one is left behind whether it be due to gender, geography caste or ethnicity.

While Nepal made tremendous progress on the MDGs, a remarkable achievement that can be attributed to the resilience of the citizens of this country, aided by several good policies by all stakeholders, we must stay vigilant and not skip a beat. By rapidly moving forward with the SDGs, with help from the UN, Nepal and all its citizens can see meaningful and long-lasting change for the better.

But development, including the SDGs, is not just a thing for the government, the UN and development partners. It is an aspiration and a commitment to and by the people of Nepal. Nepal has strong successes to build upon like halving the number of those living in absolute poverty, and significantly reducing hunger. For the SDGs, the immediate next steps are to localize the goals and make the targets specific to Nepal. What works for Bolivia might not work for Nepal. We need to think ambitiously and locally.

The SDGs are owned by every citizen. Though all 17 Goals may seem lofty, they concern us all and we all have a part to play in their achievement. “Leaving no one behind” as the hallmark of the SDGs, means that each and every citizen is included, considered and participates. A large part of ensuring no one is left behind is by addressing inequality, the goal number 10. In Nepal, inequality persists not only between different regions, but also across social groups. As we have seen around the world and here in Nepal, if vulnerable people are excluded, they will continue to suffer, live in poverty, or remain just out of reach of basic services like healthcare and education. The cost of leaving anyone behind is just too high.

There are many layers of action to be taken to ensure the SDGs are met by 2030. While the government puts in motion local elections, embarks on transitional justice following the decade-long conflict, enters trade partnerships with foreign governments and the private sector, and strengthens its commitment to basic human rights, every Nepali has a role to play. For example, addressing the impact of climate change is SDG number 13.

The government has adopted the Paris Agreement for Climate Change, which means it will invest in green technology, draft and pass policies that tackle greenhouse gasses, among other things. But even at the household level, small changes can be made to contribute to building a healthier environment. Recycle, reduce and reuse items that can be; look to renewable energy for lights, and turn off those lights when they’re not being used. Small changes can make a big impact.

We urge every Nepali to know the SDGs, engage in their achievement and take the lead in transforming the world.

As the world marks UN Day, here in Nepal, we wish to reflect on the strong partnership between the United Nations and the people and government of Nepal. A prosperous and healthy future is at our doorstep and by working together, we can build a strong and resilient Nepal.

(The author is UN Resident Coordinator and UNDP Resident Representative in Nepal.)

5 common foods before and after humans domesticated them

5 common foods before and after humans domesticated them ... Read More...

As the year ends and we find ourselves at the doorsteps of yet another new year, we all reflect on... Read More...