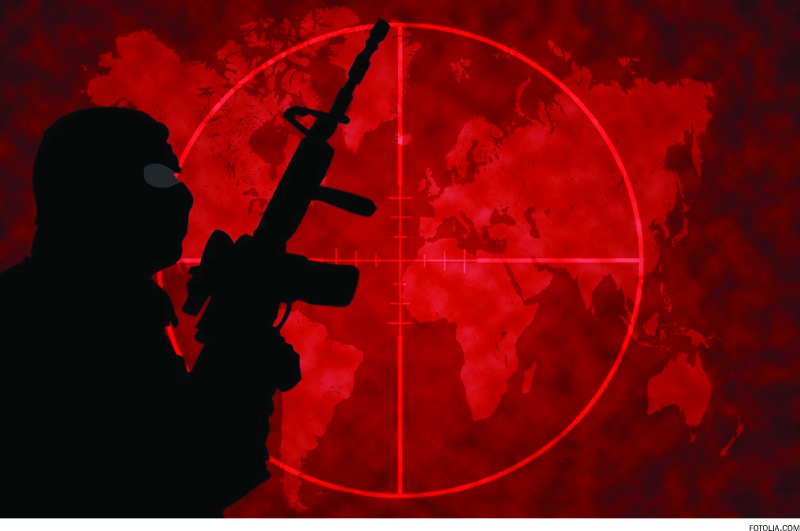 Humanity today faces the greatest threat to its existence in the form of terrorism. Yet there is currently no viable way to address this problem. It is feared that the terrorists, if given free hand, could kill more people than the total killed during the two World Wars as they these days have in their possession deadly weapons of mass destruction. The terrorists have also been poisoning the minds of common people in plural societies.

In the South Asian region, all the eight SAARC member countries—Afghanistan, Bangladesh, Bhutan, India, the Maldives, Nepal, Pakistan and Sri Lanka—are plagued by terrorism, though in varying degrees. Nepal has lost several of its nationals at the hands of terrorists, particularly in Iraq and Afghanistan. Recently, some establishments in Nepal, including airports and barrages, have also been under terrorist threat.

Against this backdrop, the three-day (March 14-16) international conference on counter-terrorism, organized by New Delhi-based think-tank Indian Foundation, in New Delhi, deserves special attention. The foundation had also organized two similar conferences in Jaipur, Rajasthan in 2015 and 2016. In all these meets, ministers, experts and government bodies dealing with terrorism in various countries discussed all viable strategies to counter the growing menace of terrorism. I would like to outline some of the things discussed during the latest conference in New Delhi.

Ever since the 9/11 terrorist attacks in New York, expenditure on activities related to counter-terrorism increased enormously, not only in the US but all over the world. The resources that could have been used for development of people are being spent on security. Moreover, over the years, the common people have been experiencing many inconveniences in the form of security checks at airports, railways, sea ports and other destinations. Journey from one place to another has become more difficult due to terrorist threats.

Terrorism, however, is not a new phenomenon. In fact, terrorism existed in the past on both land as well as the sea. Yet the magnitude of terrorism was not as big, nor the phenomena as conspicuous, as is the case today. Backed by technological innovations, the strength of terrorist organizations nationally and internationally has grown beyond expectations. Also, networking among terrorist outfits is faster and stronger today than at any time in the past.

However, no one is a terrorist by birth. It is ground realities that make one terrorist (or not). Injustice, inequality in income, wealth and opportunities, poisoning of youth mind by certain unscrupulous elements all contribute to making of terrorists. In many cases, unemployment and poverty, apart from ignorance, can also turn someone into a terrorist.

Unfortunately, there are countries that not only breed terrorists but also export terrorists beyond their borders. Such countries make a distinction between “good’ and “bad” terrorists as they feel that good terrorists will harm only other countries, not them. It is often forgotten that terrorism knows no caste, creed or religion, nor does it have fixed borders. One man’s terrorist cannot be another man’s friend. In fact, terrorists hit in three different directions. They target those on whom they prey, those who breed them and in the end they also target themselves.

Even to this day the number of terrorists in the world as compared to its population is miniscule. But it is the terror even this small number is able to create and not the number of the terrorists per se that is the problem. Unfortunately, though, collective response in counter-terrorism is weak. To start with, there has not been a widely acceptable definition of terrorism. This state of affairs has to change; if terrorism is to be curbed, it must be done through collective effort and networking among intelligence outfits, security forces and other state agencies.

‘Zero tolerance’ to terrorism is the key in counter-terrorism success. Nevertheless, military actions are not the only, or even the most desirable, solution. As terrorism breeds terrorism, a nation needs to be extra cautious to ensure that human rights dimensions are not ignored while taking actions against terrorists. Good governance and development are two effective strategies to deal with terrorist threats. The capacity of law enforcement agencies needs to be strengthened and provision made to guarantee social security, provide livelihood support and create jobs for the needy people through skill development.

Additionally, infrastructural facilities like roads, train, airways, communication, education and healthcare should be developed to ensure balanced economic growth. Such activities enable the flow of tourists and movement of common people even in areas affected by terrorism. Besides, it would be necessary to promote inter-faith dialogue and internet facilities. Effective monitoring at country’s border by emigration authorities could also help discourage the inflow of terrorists from outside. Reformed criminals could also be used in de-radicalization of the society.

Countries breeding terrorists and using this as state policy must be isolated. Preachers, if found promoting violence, should be apprehended. Social media could be monitored to ensure that the mind of innocent people is not poisoned and awareness programs launched to de-radicalize society through effective media use. It is as important to stop financing sources of terrorist organizations such as illegal mining tax, extortion, abduction and all other means.

More than anything else, it is important to quickly endorse the Comprehensive Convention on International Terrorism (CCIT) that India had proposed as far back as 1996. Countries signing CCIT would be under obligation to deny terrorists access to weapons, financing, manpower and safe sanctuary. Over and above, this would also make cross-border terrorism extraditable. The world would be far more peaceful place and terrorism will largely cease to exist if the global community takes the initiative to follow CCIT in its letter and spirit.