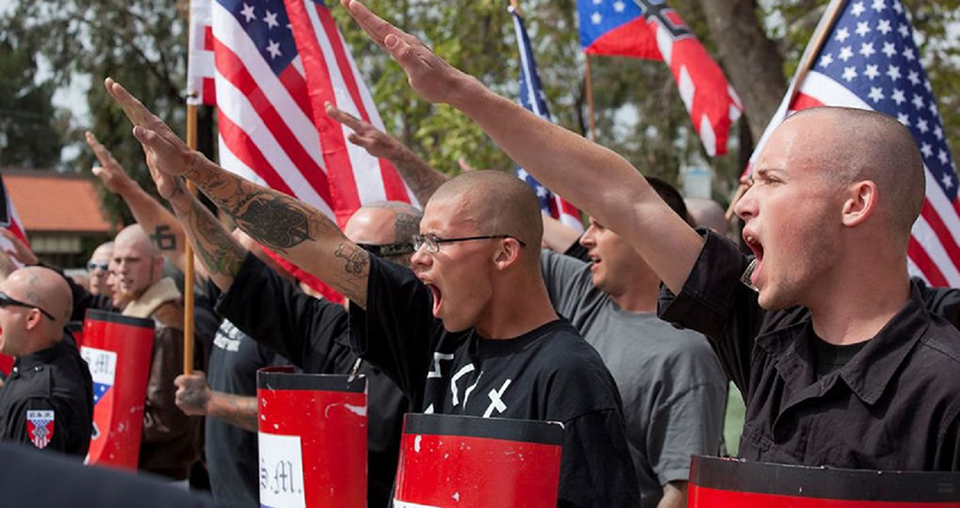 We owe it to those who suffered under past authoritarian regimes to together stand up now for democratic values.

BRUSSELS: After a white-supremacist rally in Charlottesville, Virginia, in which anti-fascist campaigner Heather Heyer was killed, and many others injured, US President Donald Trump notoriously blamed “both sides” for the violence. By equating neo-Nazis with those who stood against them, Trump (further) sullied his presidency. And by describing some of the participants in the Charlottesville rally as “very fine people,” he gave a nod to far-right bigots worldwide.

A few weeks thereafter, just as Hurricane Harvey was bearing down on Texas, Trump pardoned Joe Arpaio, the former sheriff of Maricopa County in Arizona. Arpaio had been convicted of contempt of court in July for defying a federal judge’s order to stop racially profiling Latinos. But the way Trump sees it, Arpaio was “convicted for doing his job.”
Arpaio once boasted that the outdoor jail where he held undocumented immigrants was akin to a concentration camp. And he is now a leading exponent of the Tea Party and other xenophobic right-wing movements that rallied behind Trump in last year’s election. By pardoning Arpaio, Trump was, once again, implicitly embracing white supremacists and nativists worldwide.

Sadly, many of Trump’s allies in the Republican Party have barely raised an eyebrow in response to his latest words and actions. And according to a recent ABC News-Washington Post poll, 9 percent of respondents—“equivalent to about 22 million Americans”—find it “acceptable to hold neo-Nazi or white supremacist views.”
This is a shocking finding. But it is not limited to the United States. Europe, too, is witnessing a worrying surge of racism, nationalism, anti-Semitism, and xenophobia. In a recent poll conducted for Chatham House, 55 percent of European respondents agreed that “all further migration from mainly Muslim countries” should be stopped. That is higher than the 48 percent of Americans who, in February, supported Trump’s executive order barring travel from seven predominantly Muslim countries.

It is time for Europeans who would prefer to dismiss white supremacy as an American phenomenon to mind their own backyards. Since Trump’s election in the US and the Brexit referendum in the United Kingdom, hate speech and crimes against ethnic minorities and foreign nationals have started to become normalized in many Western countries.

Most worryingly, intolerance may be on the rise among young people. The British magazine TES reports that “hate crimes and hate incidents in British schools” increased by 48 percent in the summer and fall terms of 2016, compared to the same period of the previous year. As the report notes, this coincides precisely with the Brexit referendum and Trump’s election.

In today’s information landscape, social media have become the primary means for spreading hatred. The largest social-media platforms are now host to countless fake and anonymous accounts that spew xenophobic, nationalistic, and racist messages. These accounts are polluting a medium that many young people enjoy, and exposing impressionable minds to dangerous falsehoods and conspiracy theories. And more often than not, they are being operated with impunity by Russian-sponsored trolls in Macedonia or elsewhere in Eastern Europe.

But it is not just online trolls who are empowering people to be racist, anti-Semitic, and homophobic. Many world leaders and prominent opinion makers are doing it, too. Although mainstream European leaders offered a clear rebuke to the Charlottesville violence and Trump’s reaction to it, they need to go further. Now more than ever, the European Union must demonstrate its commitment to upholding core values of equality and tolerance.

The fact that the current Hungarian and Polish governments are intentionally undermining democratic institutions in those countries should be evidence enough that we cannot take freedom, liberty, and the rule of law for granted. It took many years to build democratic institutions in Central and Eastern Europe, but it has taken just a few parliamentary elections to reverse that progress. For the sake of European democracy, the other members of the EU must take collective action now to sanction these increasingly authoritarian governments for their transgressions.

After an increase in anti-Semitic incidents in 2004, when I was the prime minister of Belgium, I launched an initiative to remind young people of the costs of World War II. During their history lessons, Belgian students would learn about the implications and negative consequences of certain ideologies.

With hatred on the march again today, we must remember that education is crucial in the fight against authoritarianism, which can thrive on generational complacency.

To ensure that democratic values prevail, we must encourage all people to reflect on the lessons of the past, when grotesque abuses were perpetrated against millions.

We owe it to all of those who suffered under past authoritarian regimes to stand up now for democratic values. We can start by pushing back, as Heather Heyer did, against the right-wing populists who are openly fomenting hatred across the West.