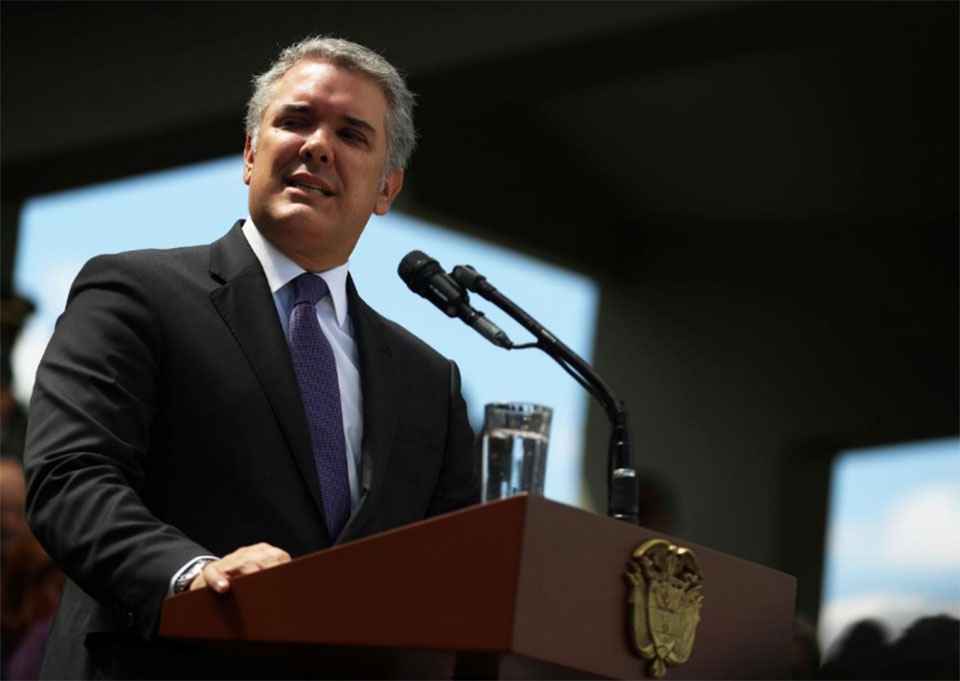 Without providing details, Trujillo said in a video message that there was intelligence indicating the existence of “credible” plans to target the right-wing Duque, who took office in August.

Three Venezuelans were arrested in recent days with heavy weapons, he said.

“Intelligence investigations into possible attacks have been going on for several months,” Trujillo said. “Added to that is the recent capture of three Venezuelan citizens found in possession of weapons of war, which further increases concerns.”

Police and military sources told Reuters that on Dec. 21, two Venezuelan men were captured on a bus in the northern city of Valledupar carrying two 5.56 caliber rifles, and a third arrested days later was also armed.

Authorities are trying to establish any connection between the alleged plan to attack Duque and the presence in Colombia of the three armed men, the sources said.

Duque’s security has been increased with the help of the United States, the United Kingdom and Israel, they added.

Duque, a 42-year-old economist, has been a strong critic of the socialist government of Venezuela’s President Nicolas Maduro, who he calls a “dictator.”

Maduro has accused Colombia of helping “terrorists,” after an attempted armed drone attack in early August. Colombia has refuted the accusations.

The two neighboring countries have had tense relations for years, with soldiers and helicopters from the Bolivarian National Guard regularly crossing the porous border into Colombia.

Colombia is also the top destination for Venezuelans fleeing food and medicine shortages amid the country’s economic crisis.

NEW YORK, June 7: U.S. stockpiles of Venezuelan cocoa swelled in May to levels not seen in at least five... Read More...

Work halted due to lack of construction materials, increasing Nepal’s financial liability by Rs 15 million a day
19 minutes ago