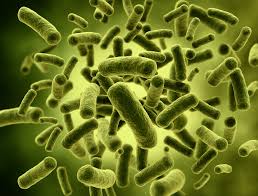 KATHMANDU, May 9: Coliform present in water is the main cause of the cholera case in the capital, according to the Epidemiology and Disease Control Division (EDCD).

Cholera was recently detected in a man living in Ward No. 13 of Kathmandu Metropolitan City (KMC). The 45-year-old from Tahachal was diagnosed with cholera positive.

The EDCD collected three samples of water from different sources at the house of the cholera-infected man and started its investigations. The samples contained a high level of coliform, according to an EDCD report.

The man was admitted to Sukraraj Tropical and Infectious Disease Hospital, Teku on April 30, and a test carried out by the National Public Health Laboratory (NPHL) detected cholera on May 5.

A joint team from EDCD and NPHL visited the house of the infected man. His condition is now back to normal, according to an EDCD statement issued on Thursday. Cholera is generally caused by bacteria in water or rotten foods. Water pollution caused by fecal contamination is a serious problem. Coliforms can be found in the aquatic environment, in soil and on vegetation.

They are universally present in large numbers in the feces of warm-blooded animals. While coliforms themselves do not normally cause serious illness, their presence may indicate the presence of other pathogenic organisms of fecal origin. Such pathogens include disease-causing bacteria, viruses, or protozoa and many multicellular parasites.

RUPANDEHI, March 10: Following pressures from the opposition and the ruling party members, the assembly of Province 5 formed a special... Read More...