Coffee With D makers claim to get death threats 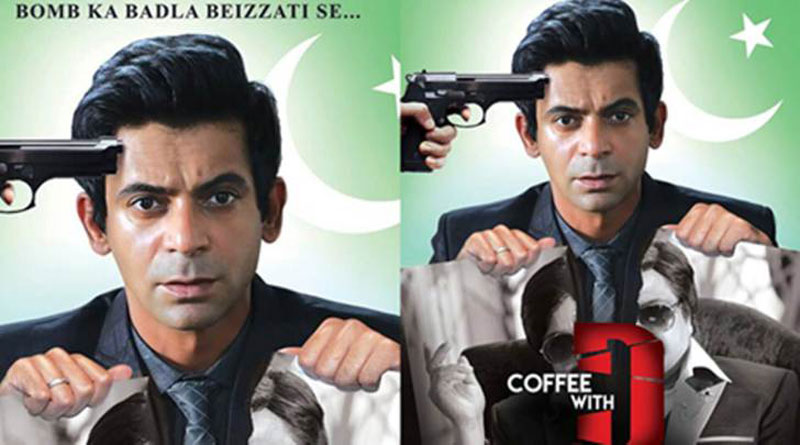 The director and producer of Coffee With D — a film which revolves around a journalist’s attempt to fix an interview with Dawood Ibrahim — on Monday filed a complaint against callers who have been threatening them to make changes in the film if it shows the underworld don in a bad light.

The film’s director Vishal Mishra and producer Vinod Rahani alleged that they were receiving threat calls since December 14, 2016, from different numbers and locations on a daily basis.

“The trailer was launched on December 14, 2016, in Mumbai. Since then, we are getting threat calls from internet numbers and one of them was a Dubai number,” Mishra said.
Mishra also alleged that the movie’s entire team has got threats, and that’s why they moved to Delhi from Mumbai and lodged a complaint at the Parliament Street police station.

They urged the police officers to take action. Rahani said he received the first threat call on December 26, 2016. “The first time I received a call was from one Nayeem when I was in Nagpur on December 26, 2016. The caller threatened me to remove parts of the film which portray underworld don Dawood Ibrahim in the bad light and make fun of him,” Rahani alleged.

“Nayeem also told me that he was calling on behalf of ‘Chhota Shakeel’ and threatened to kill the entire families of the film crew if I fail to comply with his demands,” he said. R.P. Meena, Additional Deputy Commissioner of Police, told IANS: “We have not registered a FIR in this connection on their allegations. Their complaint is being studied for further course of an investigation if needed.”

The movie features comedian Sunil Grover in the role of the TV journalist. Last month, Sunil wrote an open letter to Prime Minister Narendra Modi, urging him to get Dawood Ibrahim nabbed and to expedite the process of his trial for his involvement in the 1993 Mumbai blasts.

Liquidity crisis in cooperatives: Only 5 percent can be withdrawn at a time
52 minutes ago

Women in drug trafficking
1 hour ago