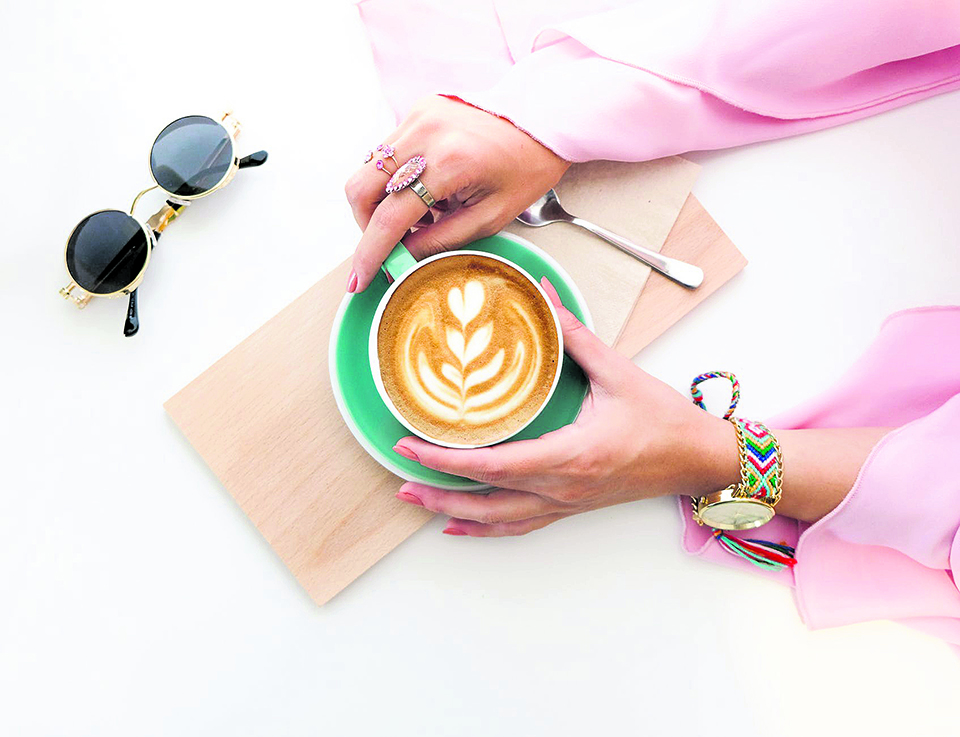 Coffee has become an indulgence all over the world – a permanent routine for many and an occasional drink for some. The hold of a typical Nepali tea is quite strong in Nepal but coffee has been able to break through this and appeal to the youngsters of our society. However, if we were to look at the history of coffee it has rarely been a drink for the common folks. Coffee houses all over the world were an abode for artists, philosophers, businessmen etc. to hang out. In Arab countries, coffee houses were even called the “Schools of the Wise.” Seeing how the art of coffee demands discipline and a little bit of snobbery, here is a guide you never knew you needed.

Boiling down its history
The origin of coffee is still unknown but coffee is first considered to be a drink in Yemen (then a part of Arabia). Coffee was enjoyed in coffee houses called “Qahveh Khaneh”, which became a hub for musicians who performed music there and performers and scholars who would engage in conversations. The coffee beans, however, were said to be brought to Arab from Ethiopia by Somali spice traders.

Coffee was then brought to Europe where it got mixed reviews. Some people called it the “bitter invention of Satan”. The matter got almost out of hand and the then Pope Clement VIII had to intervene. Luckily, the Pope liked the taste of coffee and it grew to become a popular drink in Europe. After that, mostly due to colonization, coffee spread to America, India and then, subsequently, all over the world.

As of now, Brazil produces almost one third of the world’s coffee, followed by Vietnam and Colombia. The history of coffee in Nepal is still in need of proper research. Coffee is believed to have grown for hundred of years here in Nepal but it has only been a few decades since we’ve been producing coffee for commercial purposes. In Nepal, coffee is cultivated in places like Syangja, Palpa, Parbat, Gulmi, Kaski, Kavre, and Lalitpur.

Making it
Most of us enjoy a cup of instant coffee at home but the act of brewing coffee has its own charm. First of all, do your research and purchase coffee roasted to your preference (lightly roasted, medium roasted). Then you need your brewing gear depending on the method you are going to use to brew your coffee. You can either use the immersion method or the pour over method.

For immersion method, all you need is a French press and a coffee grinder. Grind your roasted coffee to a fine powder form – make it as smooth as possible. Add the coffee to your French press and then add water. Don’t add boiling water straight into the French press, let the water sit for a minute or two and only then pour it over the ground coffee. Clean the press immediately after you have finished making the coffee.

For pour over method, what you need is a chemex, a gooseneck kettle, and filter paper. Grind the coffee beans into fine powder. Always rinse the filter paper with cold water before brewing and discard the water. Mount your filter paper into the chemex, add in the ground coffee and, using a gooseneck kettle, gently pour hot water over it. Make only what you will drink then and there and clean out the gear as soon as possible.
After than, you can add cream, milk, sugar etc. as per your taste.

Tasting it
It’s a known fact that you have to train your palate to enjoy a nice cup of coffee. While drinking coffee, slurping is superior to sipping. Generally, coffee is identified by its acidic aftertaste as well as its aroma and coffee can be split into four basic tastes: sour, bitter, sweet, and salty. A subtle hint of sourness is considered a part of fine coffee but if the sourness overpowers your tongue it can mean that the coffee beans were under-extracted while brewing. Bitterness, though, considered a defining taste of coffee, should also be limited to a more gentle, subtle kick. So, if you find a coffee too bitter, it’s probably a weaker and unrefined coffee and you don’t have to worry about not fitting in with your coffee circle friends. Bitterness can be overpowering if the beans are over roasted and not well ground.

A well-roasted coffee tends to a have a sweetness to it, which it derives from the natural sugars present in its natural state. If you find your coffee sweet (without the addition of extra sugar), you can be sure that the coffee was well stored and well taken care of. Saltiness, however, is an indication of a badly brewed coffee. Coffee has around 800 flavor compounds (wine has around 200), so coffee is a harmony of many different flavors and is unique to every individual who tastes it. So it’s mainly up to you when it comes to defining the taste of your coffee.