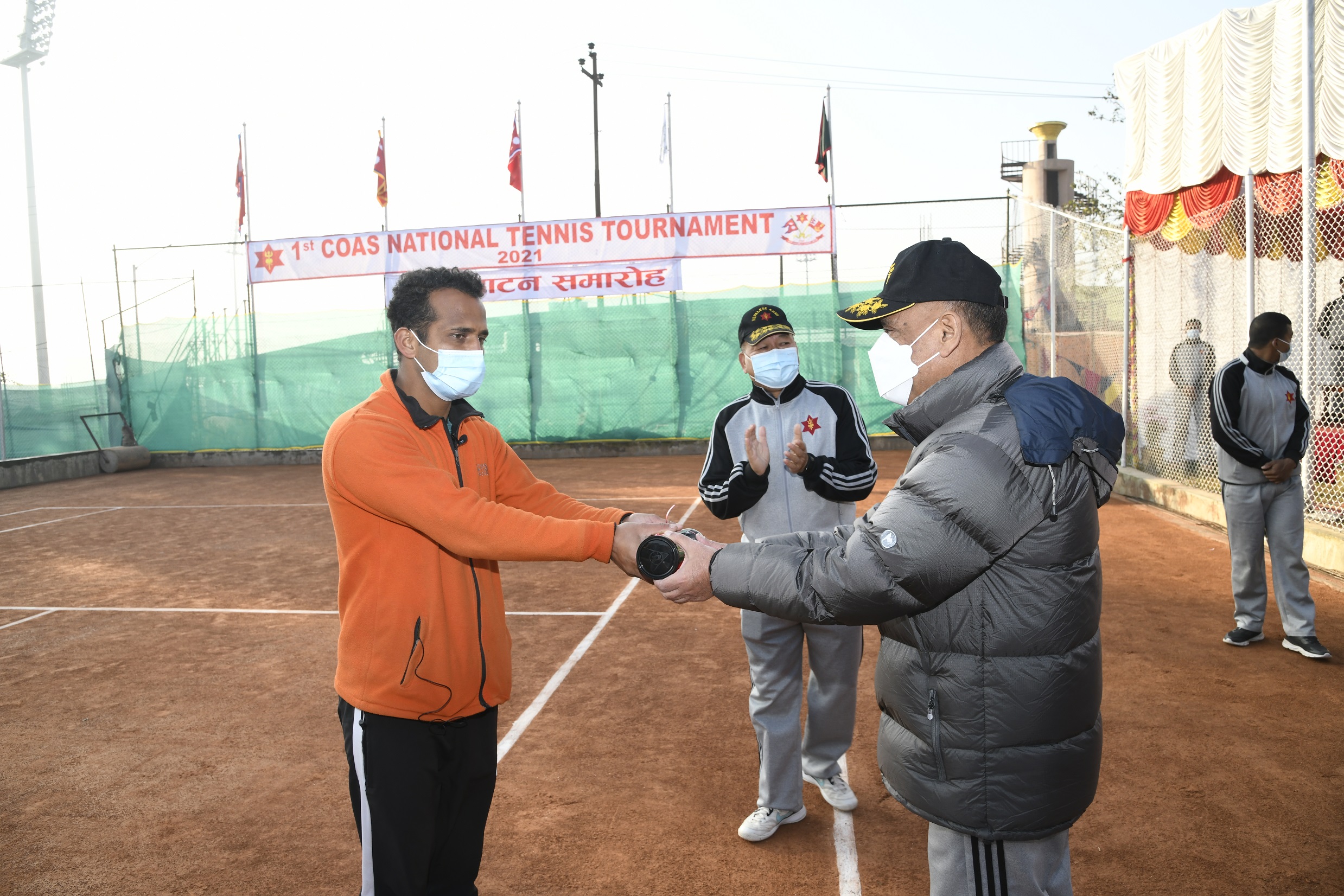 Group Veterans Singles and Veterans Doubles and Inter-Governmental Men's Doubles are among those participating in the event, according to a statement issued by the Nepal Army.

The Nepal Army is confident that this kind of sports competition will further support the development of national and international sports and help in strengthening and deepening the civil-military relations, according to the statement.

Everything might look honky dory from outside, but several challenges stare Nepali politics at the moment, some of them with... Read More...

After Dalai Lama fled to India, Chinese security operation started in Tibet in 1971 and some Khampas started to settle... Read More...

KATHMANDU, Nov 19: At a time when the government’s recent bid to shift the Nepal Police Academy elsewhere to expand... Read More...

TUTH will continue to provide health insurance coverage
57 minutes ago