CNP in crisis as Nepal eyes record on tiger population 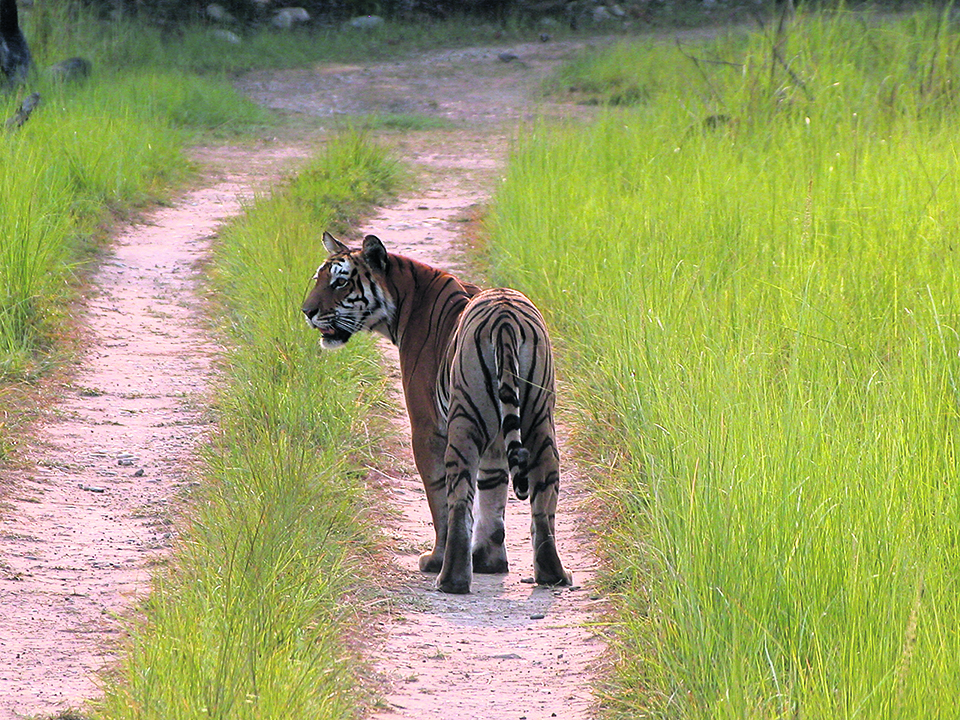 CHITWAN/BARDIYA, July 30: Nepal might be inching closer to setting a record by doubling its tiger population, but Chitwan National Park, once famed for tigers, is in a middle of crisis.
With shrinking habitat, declining prey and rise in human-wildlife conflict, the endangered tigers are dying in a record number.

The national park recorded deaths of at least eight tigers-- including four adult male and two adult female--in the last one year. Two deaths have been attributed to poisoning, while two other died of natural cause, said Bedkumar Dhakal, CNP’s chief conservation officer.
The deaths have raised alarm among stakeholders who have demanded immediate plans to save the wildcats.

“Numerous factors including destruction and fragmentation of habitat and scarcity of prey are forcing tigers to come out to the human settlements. It’s time to address these problems,’’ said Thakur Dhakal, mayor of Madi Municipality.

The park has witnessed a marked decline in grassland which now covers just 12 percent of its area.
The crisis, however, is not new. Tiger population in Chitwan National Park, which covers parts of Chitwan, Makwanpur, Parsa and Nawalparasi, has been decreasing in recent years.

There were 93 wild tigers in Chitwan National Park in 2018, a significant decline from 120 tigers recorded in 2013.

In contrast, tiger population has been rising in other sanctuaries including Bardiya National Park and Banke National Park.

Globally, there are an estimated 4000 tigers in the wild, out of which around 3300 are Royal Bengal Tiger.

KATHMANDU, July 30: With the recent tiger survey putting the number of wild tigers in Nepal at 235, the country... Read More...

Tiger population estimated to have doubled

BIRGUNJ, Aug 23: The Parsa National Park Administration has estimated that the number of royal Bengal tiger has been doubled... Read More...