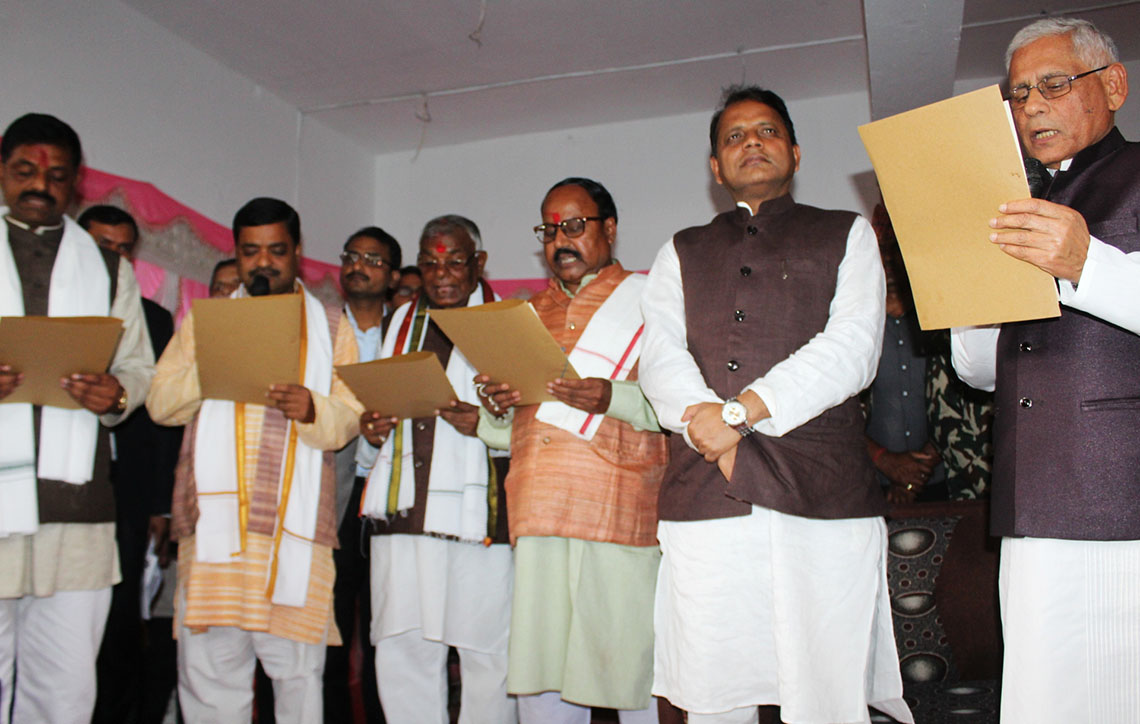 KATHMANDU, Feb 28: Province Chief Kayastha of Province 2 administered the oath of office and secrecy to all seven ministers today.

Earlier, two ministers, Bijaya Yadav, (Ministry of Finance) from FSFN and Jeetendra Sonal, (Ministry of Physical Infrastructure and Development) from RJPN had already joined the government on February 14.

Citizenship Bill withdrawn from parliament due to lack of unanimous position among parties: Govt
2 minutes ago

Is the ruling alliance pulling an ‘election stunt’ in Nijgadh?
32 minutes ago