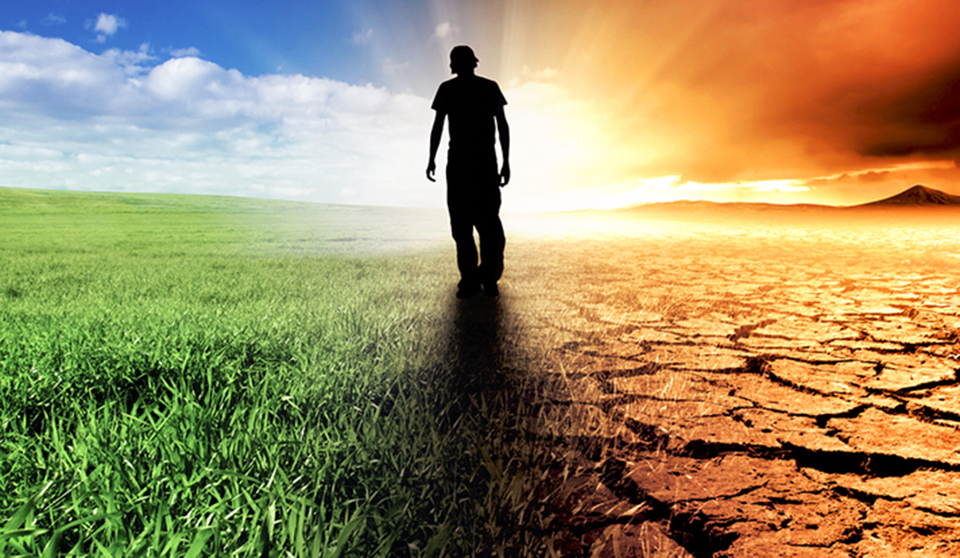 Underdeveloped and highly vulnerable countries like Nepal will be the first to suffer if Paris Agreement fails to materialize.

United Nations Climate Change Conference (COP23) was held in Bonn, Germany in November. It was presided by Fiji—a small island developing state from Pacific region for the first time in the history of United Nations Framework Convention on Climate Change (UNFCCC). Hence, this Conference of Parties (COP) was also popularly dubbed as the ‘Pacific COP’.

COP23 was designed to be more a technical and process-oriented COP, as it needed to assist in the drafting of the ‘rule book’ for the implementation of Paris Agreement by 2018. However, expectations were also high as a highly climate vulnerable island country was chairing the meeting. The conference started with several references to the recent extreme events such as flooding in South Asia, hurricanes in the Caribbean and prolonged droughts in East Africa that had taken a huge toll on human life and property. This climate-induced evidence was highlighted with the aim to raise ambition and fulfill the expectations for the poor and vulnerable countries in tackling climate change.

The Bonn climate talks took place at a time when the United States, the world’s second-largest greenhouse gas (GHG) emitter with biggest historical responsibility, had decided to leave the Paris Agreement.  Till date, 170 countries have ratified Paris Agreement and are committed to tackling climate change. With the US opting out, there is uncertainty on how the climate mitigation targets and the finance needed to address climate actions in the developing countries can be met. Many developing countries are worried that US may not do its bit in climate actions and provide finance to Green Climate Fund (GCF). Other developed countries like Canada, Norway and the European Union are also nervous that they might be pressured to take on additional burden after US withdrawal.

Climate finance was one of the major sticking issues at COP but was largely limited to procedural matters and no significant decisions were made. The developed countries mostly reiterated their commitments made in 2009 to jointly mobilize US$100 billion per year by 2020 in the form of long-term finance. The developing countries fought tooth and nail to secure the future of the Adaptation Fund. Currently, this international climate Fund established in 2001 to support adaptation actions in the developing countries sits under Kyoto Protocol. As a token relief, some developed countries including Germany and Sweden pledged around US$93 million into Adaptation Fund and US$92 million to Least Developed Countries Fund. These pledges provided some respite to the empty baskets that were established to support the poor and climate vulnerable countries.

Another major expectation from the Fiji Presidency was the advancement of loss and damage agenda that has been put to low profile for long. This issue is associated with permanent, irrecoverable and long-term effects caused by extreme events due to climate change. Small island countries have been championing this issue at the climate talks. However, when Fiji was presiding the meeting, Association of Small Island Developing States could not hang on to it for long. Additional finance sought to address this issue was ignored by the developed countries. The discussion was procrastinated to another round of ‘expert dialogue’.

In Bonn, one of the major symbolic wins for developing countries was pressuring the developed countries to agree on a process to review and enhance pre-2020 actions over the next two years. This was possible through leadership of China. Pre-2020 actions bind the developed countries to reduce their GHG emissions and provide finance to the developing countries. COP23 also set a path to a crucial process for 2018 called the ‘Facilitative Dialogue’ that was agreed two years ago in Paris. Fiji presidency renamed the expression ‘Facilitative Dialogue’ to ‘Talanoa Dialogue’, which is the Pacific concept for inclusive, transparent and constructive debate. Talanoa dialogue will hold series of discussions and assess whether the current climate mitigation action is in line with keeping the global average temperature rise to well below 2°C and to pursue efforts to limit the temperature increase to 1.5°C above pre-industrial levels. This dialogue will also be informed by the Special Report of the Intergovernmental Panel on Climate Change (IPCC) on global warming of 1.5°C that will be released in October 2018. The result of the dialogue is expected to feed into the climate ambition of Nationally Determined Contributions (NDC) that countries have to submit to UNFCCC every five years.

As an important achievement for the Fiji Presidency, it successfully declared the ‘Fiji Momentum for Ambition’ comprising of three elements—pre-2020 implementation and ambition, Talanoa dialogue and Completion of the work programme under the Paris Agreement. These elements should assist in raising the climate ambition and implementing the Paris Agreement.

After the conference ended, many developing countries had a mixed reaction to the final outcome. With no major announcements on climate finance and lack of predictability, transparency and accountability in the long term finance, developing countries especially the poor and most vulnerable countries found it extremely hard to find success in this COP. The issue of loss and damage was almost sidelined at this island COP. The presence of German Chancellor, Angela Merkel or French President Emmanuel Macron could not stir much optimism among the poor vulnerable developing countries.

Climate negotiators will have a busy year of 2018 in advancing the ‘Fiji Momentum for Ambition’ that will determine the successful writing of the Paris Agreement ‘rule book’ by COP24 in Poland next year. Paris Agreement was more of a political agreement but the technocrats will have to put this into action through a clearly defined stringent ‘rule book’. Failing to do so by the end of next year means Paris Agreement will end up in a bad destiny. This would be disastrous for both humanity and ecology. Underdeveloped and highly vulnerable countries like Nepal will be the first to suffer the most.

The author is the executive director of Prakriti Resources Centre. He attended
COP23 held in Bonn, Germany.

KATHMANDU, Feb 24: After months of obstruction by various opposition parties including the CPN-UML, parliament on Thursday was able to hold... Read More...