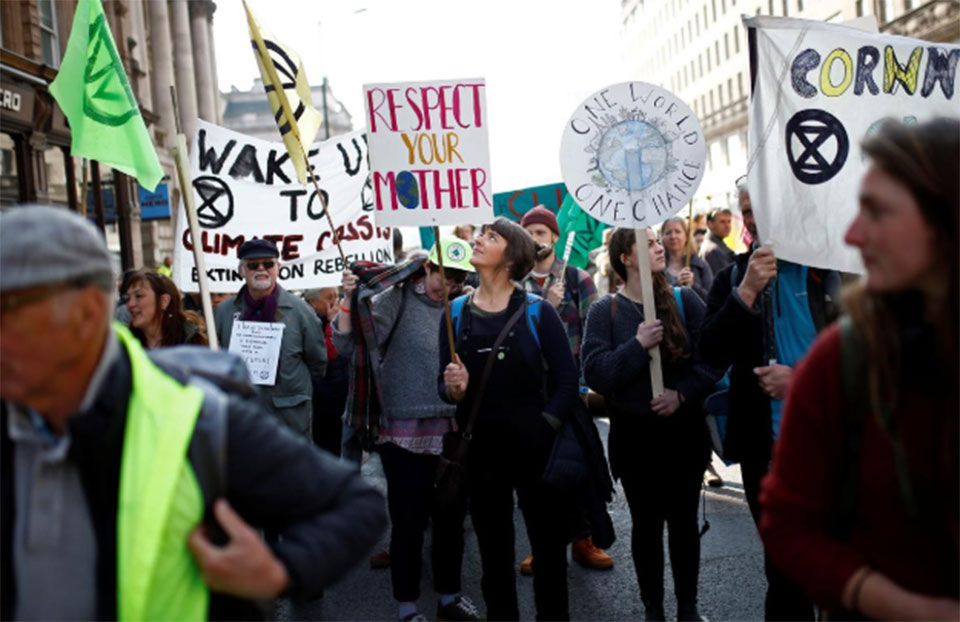 LONDON, April15: Environmental protesters are planning to paralyse parts of central London over the next few days by blocking some of the city’s busiest streets in a bid to force the government to do more to tackle climate change.

The protesters plan to block traffic at Marble Arch, Oxford Circus, Waterloo Bridge, Parliament Square and Piccadilly Circus from Monday at 10:00 GMT. Roadblocks will continue night and day at each site and the demonstrators say the protests could last at least five days.

“We will peacefully block traffic around the clock. This will be a full-scale festival of creative resistance, with people’s assemblies, art actions, stage performances, talks, workshops, food and family spaces,” said Extinction Rebellion, the group organising the demonstration.

The group, which generated headlines with a semi-nude protest in the House of Commons earlier this month, has warned its members that some of them could be arrested for taking part in non-violent civil disobedience.

The disruption is to be the British element of what organisers hope will become an international movement to protest against environmental destruction. It follows similar action last November when thousands of protesters occupied five central London bridges. Police arrested 85 people that day.

The group is demanding the government declare a climate and ecological emergency, reduce greenhouse gas emissions to net zero by 2025 and create a Citizen’s Assembly of members of the public to lead on decisions to address climate change.