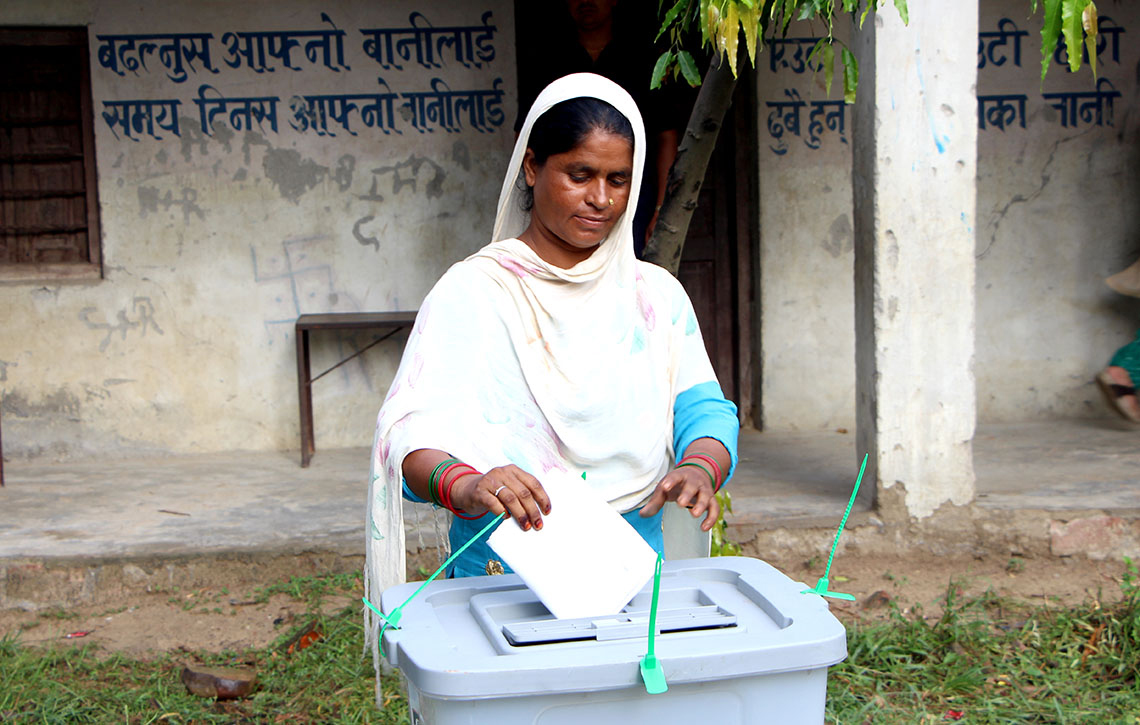 GULMI, Nov 28: As the second phase of elections for the House of Representatives and Provincial Assembly nears, fight between ‘heavy weight political leaders have kept everyone guessing in Gulmi. While the Nepali Congress secured a win in two of the three constituencies for the 2070’s Constituent Assembly elections, this time it is different.

Unlike 2070, this time, there are only two election constituencies, and a tight battle between Nepali Congress and the Left alliance is expected.

Chandra Bhandari and Chandra Bahadur KC of Nepali Congress are competing against Pradip Gyawali and Gokarna Bista of the Left alliance for the upcoming elections.

A long standing battle continues this time as well in constituency 1. Both powerful leaders, Gyawali was defeated by Bhandari in 2070’s election. Now, people are curious-would Bhandari secure another win, or could Gyawali turn the votes on his side?  If one is to refer to the local level elections, the Nepali Congress is likely to win with a margin of 1,500 votes. However, with Maoists on their side, Gyawali, from the left alliance could bring additional 7,000 Maoist voters.

CPN-UML secretary Gokarna Bista and Nepali Congress’s Chandra Bahadur KC are competing from the district’s second constituency. Former parliamentarian and Minister of Energy, Bista needs to retain his victory. Meanwhile, the Nepali Congress needs to break UML’s stronghold since 2051 and start a new chapter. Bista, who won by a landslide in the Constituent Assembly election aims to increase this time’s win margin by 20,000.  However, KC said that it would be difficult for Bista to acclaim his boast. The constituency has more than 36,000 voters for the UML, twice the size of Nepali Congress numbers. But, who would win this time’s? Residents across the district keep guessing.

3 injured as locals clash with police in Atharai

PALPA, Nov 27: Locals in Tansen on Sunday protested against the police for failing to arrest the culprits behind the... Read More...

The clash of the titans

Some readers equate fantasy with hobbits and magic wardrobes. Others conjure images of wizards and witches. That’s the beauty of... Read More...