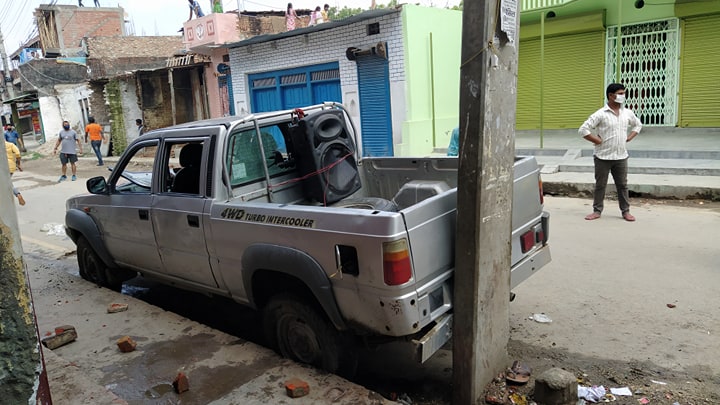 NEPALGUNJ, May 5: A clash between the local people and police has erupted at Tribeni Mode of Nepalgunj on Tuesday. When the police tried to disperse the crowd defying the lockdown order in the city, the clash broke out, according to eyewitnesses.

During the confrontation, police baton-charged some people on the street. As a counterattack, the locals hurled stones on the police.

According to an eyewitness, the clash broke out when the police tried to disperse the crowd of the people who were there to buy daily essentials before the curfew order was enforced at 11 am today. In the course of the clash, the enraged locals also vandalized a police van.

Some police personnel and locals have sustained injuries in the clash.

A large number of policemen have been mobilized in the area following the clash.

The restriction began at 11 am today and ends at midnight 12 on May 7.

The city will also accelerate throat swab testing of the people owing to the rising COVID-19 cases.

Dozens injured as demonstrators clash with police in Jumla

JUMLA, July 19:Dozens including students and nurses have been injured in a clash with security personnel at Karnali Academy of... Read More...