CK Raut to be produced before court, security beefed up in Lahan 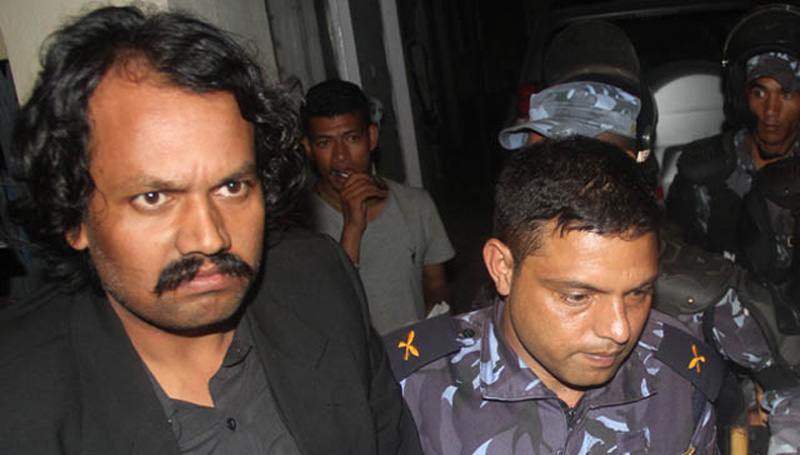 LAHAN, Feb 3: Police have decided to take secessionist leader Chandra Kanta Raut also known as CK Raut, who was arrested yesterday, to the Siraha District Court to seek a remand. According to chief of the Area Police Office, Lahan, DSP Rajkumar KC, a case on organized crime against the state is already registered against Raut.

“He has been charged with organized crime against the state,” DSP KC said, “We are producing him before the court today to remand him into judicial custody. Once the court okays the remand, we will gather other evidence against him.”

Raut was arrested on the charge of treason on Thursday. Police had taken him into custody after arresting him from Janakpur.

Raut was arrested at a time when the government was being criticized for doing nothing to those who have been openly talking about disintegrating the country. Following complaints, Siraha district police office had written to the Dhanusha district police, asking the latter to arrest Raut on the charge of 'organized crime against the state'.

Raut, a permanent resident of Siraha district, had been living in a rented room near the old Janakpur Bus Park for the past six months. United under banner of Alliance for Independent Madhes (AIM), Raut and his supporters have been organizing gatherings in various parts of the country.

At a function organized on the premises of Pashupati Adarsha Higher Secondary School on January 18, Raut had spoken for about 11 minutes in which he had publicly stated that the tarai should seceded from Nepal.