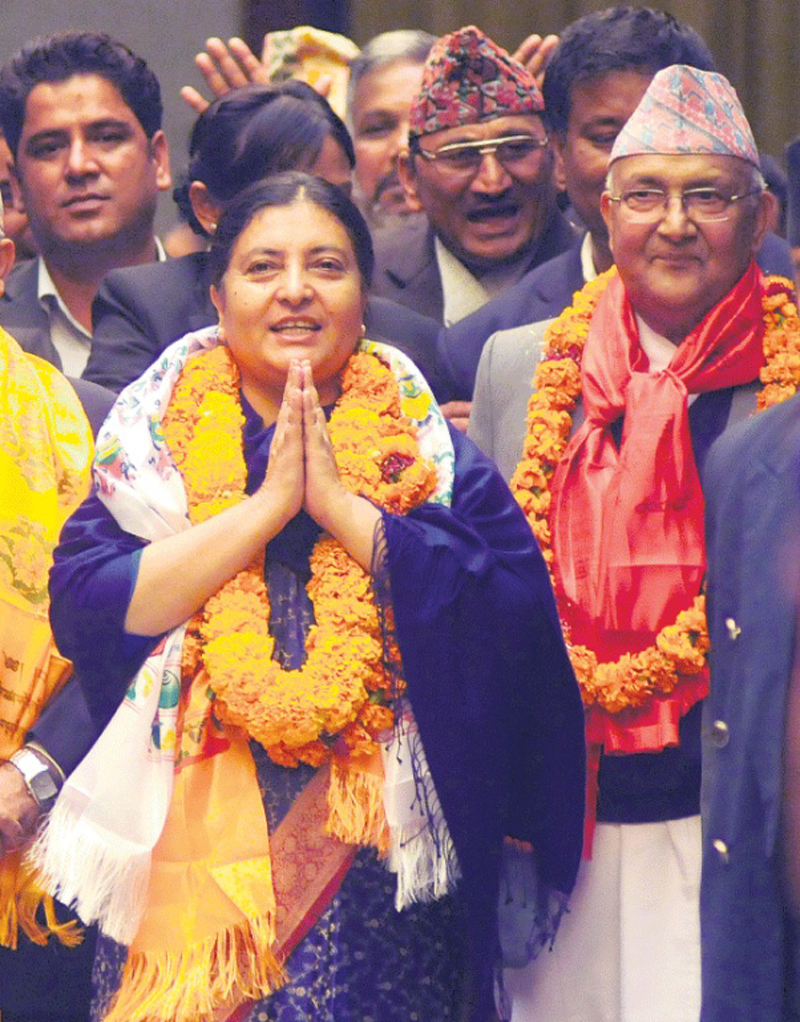 Incumbent President Bhandari was elected for a new five-year term in the election held for the post earlier today.

Bhandari secured in total vote weightage of 39,275 while her rival Rai received 11,730. A candidate must secure 50 percent of the votes from the 880 voters in the electoral college to win the election. Bhandari won 74.4 percent of the total 862 votes cast on Tuesday.

Bhandari was elected as first female president and second head of state of the republic. Born in Bhojpur district, Bhandari studied her college-level education from Bhojpur and Morang districts prior to joining active politics.

The Election Commission has presented to President Bidya Devi Bhandari the certificate of her winning in the election to the post of President.

President Bhandari was elected to the post of President for a second term with overwhelming votes in the elections held on Tuesday.

Chief Election Commissioner Dr Ayodhee Prasad Yadav handed over the certificate of election to President Bhandari at the Rastrapati Bhawan, Shital Niwas on Tuesday evening itself.

On the occasion, Dr Yadav congratulated Pesident Bhandari on her re-election and wished her a successful term.