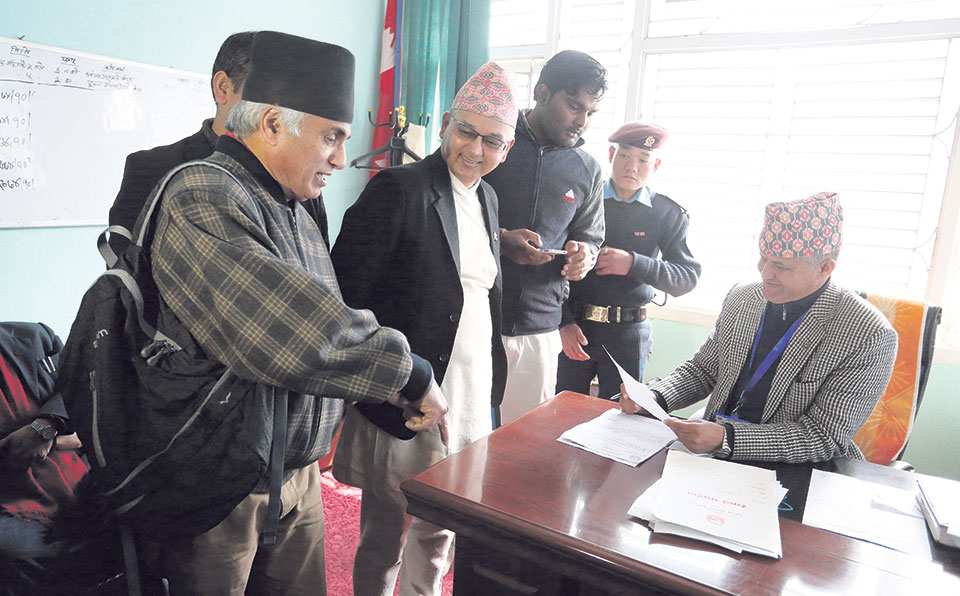 The alleged death threat by a sitting chief justice -- probably the first such case in the judicial history of Nepal -- came to light after senior advocate Bhandari filed an application at   District Administration Office (DAO) Kathmandu, seeking safety for his life.
Spokesperson at the Metropolitan Police Commissioner's Office, SSP Ram Datta Joshi, said they received Bhandari's application seeking safety, from Kathmandu DAO on Wednesday. “We have received his application seeking safety for his life. Some unidentified persons had reportedly visited Bhandari's law firm at Shankhamul. Kathmandu District Police Office has already written to the Baneshwor Range Office to make necessary arrangements for his safety,” said Joshi.

Senior advocate Bhandari said he first received a death threat from Chief Justice  Parajuli on January 10, when Dr KC was released by the Supreme Court against a date for a reappearance.  Parajuli had called him over the phone around 5:30 pm and threatened to take his life. “I will kill you. I will finish you off,” Bhandari quoted the chief justice as saying over the phone.

Bhandari said that as he tried to explain, saying he was just siding with a good cause championed by Dr KC and it had nothing to do with the chief justice personally, Parajuli abruptly cut him off.

Bhandari said the chief justice had called him at the first hour on the hearings day, asking him to withdraw the allegations against him and assuring him that the apex court would quash the contempt charge against Dr KC. However, Bhandari refused to give in to the demand, saying  Dr KC had already gathered the necessary evidence to substantiate his allegations and was determined not to withdraw the charge.

Soon after the hearing was over, Bhandari again received a phone call from the chief justice, he said. “He asked me in a threatening tone why we were acting so aggressively against him,” Bhandari further said.

On Thursday, Parajuli phoned again asking why they were constantly after him. Bhandari had published an opinion piece in Nagarik daily calling for the resignation of the chief justice, arguing that it was not good to remain in such a dignified position amid such controversy.

Bhandari decided to file an application for personal safety as some unidentified individuals visited his law office at Buddhanagar on Tuesday, asking staff his whereabouts. When the staff asked about their identity, they replied: “We will identify ourselves when we meet him [Bhandari] in person,” according to Bhandari

Fearing for his life, Bhandari filed his application at Kathmandu District Administration Office  Wednesday, seeking action against the chief justice and safety for himself. He also maintained that the chief justice should be held responsible if anything happens to him.

Is delay in confirming CJ nominee a threat to judicial independence?

KATHMANDU, July 31: Serious suspicions of a threat to the independence of the judiciary have surfaced as the Parliamentary Hearings Committee... Read More...