KATHMANDU, Feb 8: A group of civil society leaders has urged the political parties to take appropriate decisions to oust Speaker of the House of Representatives (HoR), Agni Sapkota, from the post as he had failed to discharge his responsibilities in an impartial manner.

Issuing a statement on Tuesday, a total of 14 civil society leaders urged the political parties to take appropriate decisions on Speaker Sapkota alleging that he had failed to impartially discharge the role of Speaker. They also argued that Sapkota had sought to evade the Constitution and the relevant laws in order to exercise executive powers, such as holding up for two full years the discussion on a bill placed for consideration by the government.

The civil society leaders have accused Sapkota of showing prejudice in his dealings with individual political parties, and his attempts to defend his behavior have been self-serving and illogical. Arguing that he also faces a murder charge, they said that Sapkota is a morally bankrupt individual who for years has been absconding from the police whilst accused of murder, and who has been unable to show neutrality required of his current position.

"There could have been no expectation that a person of such character flaws would exhibit the high values required from the Speaker of Parliament. As a result, the period since Agni Sapkota has occupied the Speaker’s chair has been marked by a serious deterioration in the workings of the House of Representatives," reads the three-page long statement.

They have urged the main political parties to immediately take action against Sapkota in order to protect the values and principles of the parliamentary system. "We appeal to citizens at large to be continuously alert in order to defend the high values of parliamentary democracy," the statement reads further.

Here is a full text of the statement: 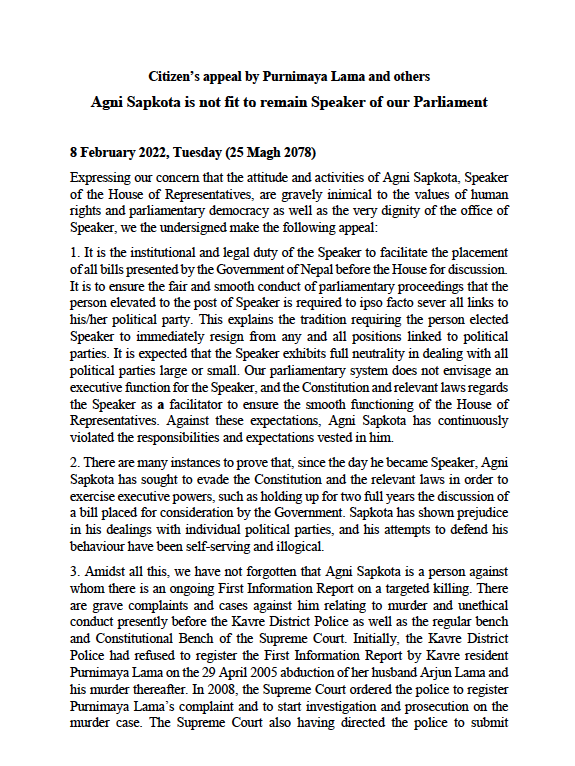 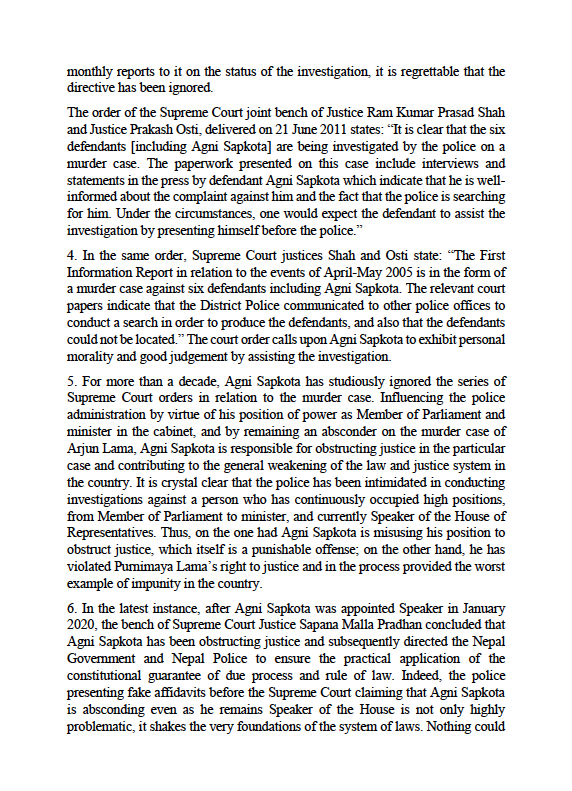 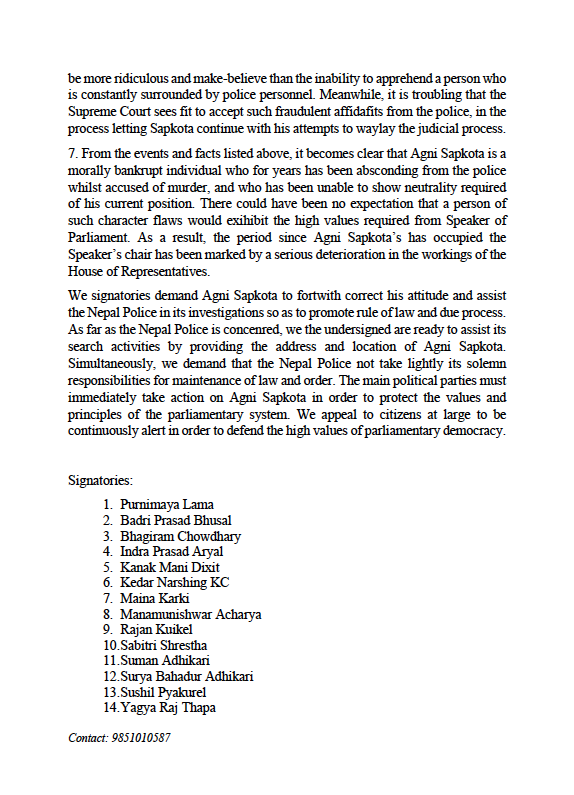