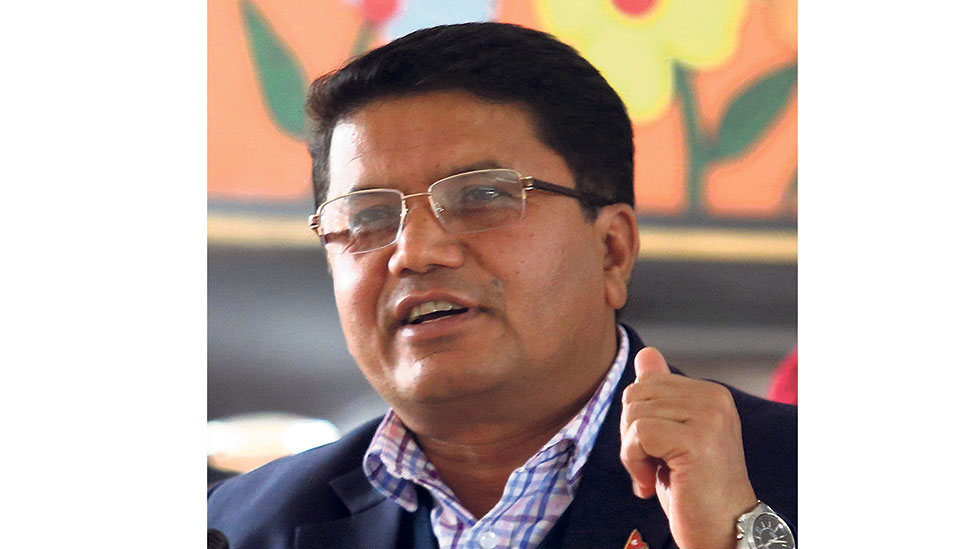 KATHMANDU, Jan 7 : Civil Aviation and Tourism Minister Rabindra Adhikari said on Monday that he was not involved in any process in the procurement of wide-body aircraft by the Nepal Airlines.

Organizing a press conference at the ministry, the minister said that all the procurement process with regards to the purchase of the wide-body aircraft was finalized much before he took the helm of the Civil Aviation Ministry.

"I was dragged into controversy with ill-intention. Allegations against me are unfair, bias and with prejudices," he said adding that he had no role in the procurement of wide-body aircraft by the Nepal Airlines.

The minister's response comes five days after the sub-committee under the Public Accounts Committee of the Parliament recommended action against him for his alleged involvement in irregularities in the procurement of wide-body aircraft by the national flag carrier.

Minister Adhikari told reporters that he had instructed to clear the second and third round of installments to the aircraft company as per the law.

"If we had not paid the remaining installments to the aircraft company, the Nepal Airlines would bear the loss of Rs 9 billion. It was our compulsion to make clear all the dues to the company as per the existing laws thereby preventing the Nepal Airlines from going bankrupt," he said.

Mentioning that the government has already formed a high-level panel to investigate the alleged irregularities in the procurement of the wide-body craft, the minister said that he would support the panel to bring truth to the public.

"I believe that those involved in the irregularities in the wide-body craft should be punished and I am ready to support the ongoing investigation for the same," he said.

On January 2, a sub-committee of parliament’s Public Accounts Committee (PAC) concluded that Rs 4.35 billion was embezzled in the purchase of wide-body aircraft by Nepal Airlines Corporation. The report submitted to the full committee found the involvement of Tourism Minister Adhikari and two former ministers, Jiban Bahadur Shahi and Jitendra Narayan Dev, behind the scam.

The other implicated by the committee were 29 high-level officials including two secretaries—Krishna Prasad Devkota, Shankar Prasad Adhikari, Managing Director of NAC Sugat Ratna Kansakar, and NAC board members.