City upon a hill 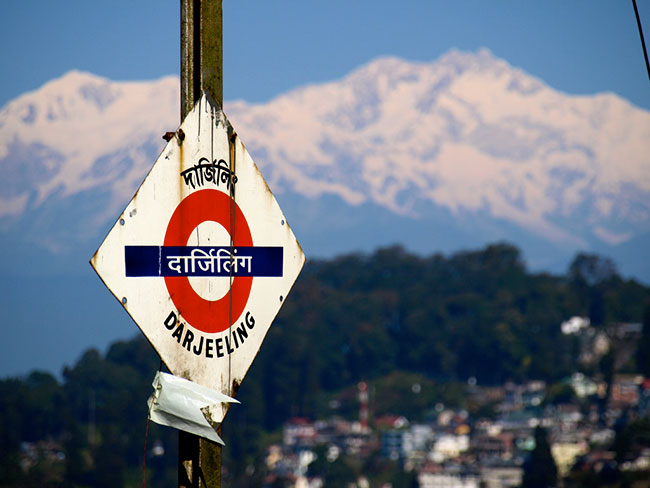 To say Nepal has strong relations with Darjeeling is an understatement. Ethnically and linguistically, Nepal and Darjeeling are one unit

For the past few months the demand for Gorkhaland has rocked the otherwise calm and serene hills of Darjeeling. As Darjeeling holds the largest concentration of Nepalis in India, the demand for a shining Gorkhaland encompasses and echoes the hopes and imagination of Indian Nepalis all over the country. While there has been widespread support for Gorkhaland from Nepalis all over the world, the reaction of Nepalis on social media has been slightly complicated, ranging from unconditional support to absolute opposition.

On a closer examination, one can see that it is the Eastern Nepal that has provided strongest support for the movement, which is not surprising given the conjugality and affinity of kinship ties between that region and Darjeeling. But, on the whole, since the majority of people adhere to the statist view of citizen and citizenship, it creates a kind of opaque border between the two ‘nation sates’, consequently leading to the formation of a strong ‘other’.

This in turn has led to a war of words on social media, with each side to the debate calling the other names over who is ‘original’ and ‘pure’ Gorkha/Nepali. This is, of course, an exercise in futility and the matter is more complicated than a simple binary of ‘Indian Nepali’ and ‘Nepali Nepali’. To understand the complex relations between Nepal and Darjeeling, one needs to look at the history of the region.

Checkered history
Darjeeling in the 18th century was a fort, a stronghold of the Namgyal rulers of Sikkim. There was no geographical boundary between Darjeeling, Sikkim and Illam back then. The region was inhabited by Limbus (also known as Tsongs) and Lepchas (also known as Rongs). The Namgyal rulers and their Tibetanized aristocracy—Jongpen—exercised their power entrenched in their forts known as Jongs. The Limbu heads known as Raya (distinct from Rai community), Hang and the Rong Tyumyang controlled the countryside and they occasionally clashed with the Jongpens and Namgyals for the control of the region. This was prior to the Gorkha empire’s invasion of the region in 1788. Upon its entry, the empire took possession of the two main forts of Namgyal rulers, namely the Rabdantse and the Darjeeling. But their control of the region was always tenuous with their army usually confined to Darjeeling and another stronghold at Nagari.

Until the early 18th century, Gorkha, a small state to the west of Kathmandu, was one of over 50 inhabited states that constitute the present-day Nepal. Prithvi Narayan Shah (1723-1775), the ruler of Gorkha in the 18th century, and his successors fought out of their hill fort and created a pan-Himalayan empire that extended from the Darjeeling fort in the east to the doorsteps of Kangra fort in the west.

The matter is more complicated than a simple and forced binary of ‘Indian Nepali’ and ‘Nepali Nepali’.

Its eventual defeat in Anglo-Gorkha war in 1814-1816 resulted in a massive loss of territories for the Gorkha empire, including of Darjeeling, which was given back to the Namgyal rulers. In 1835 the Namgyal rulers ‘gifted’ Darjeeling to the British. Though the British intended to use the region as a sanatorium, there were military and economic benefits of controlling the old fort and the hills around it as Darjeeling was strategically placed at the confluence of four states: Bhutan, Sikkim, Gorkha Empire and Tibet. From there, the British could check the Gorkha empire in the east as well as participate in the trade to Lhasa and possibly also look for a land route to China.

Great migration
The use of the term ‘Gorkha’ for a community was the construct of the British and they decided which ethnic communities could be included as the ‘Gorkhas’. Initially it was only the Gurung, Magars, Thakuris and Khas/Chettris. Later, in the 19th century, the Rais and Limbus were also included in it.

The Gorkha empire was an authoritative, despotic and exploitative state. The landed aristocracy it created under the Jagir and Birta system composed mostly of Bahuns, Khas/Chettris and Thakuris. The Magars, Gurungs, Tamangs, Sherpas, Thamis, Thakalis etc were displaced and converted into tenant peasants.

The Newars suffered when the ruling dynasty decided to move their capital from Gorkha to Kathmandu. The traditional land holdings of Khumbhus (later called Rais) and Limbus, known as Kipat, was slowly converted to Jagir lands and given to Bahuns, Khas and Thakuris. As the state began adhering to more Brahmanical practices, the Damais, Kamis, Sarkis, Poree and Chyame were reduced to untouchable status and denied basic human dignity. Land revenue was raised to unsustainable levels of three-fourths of the harvest, which over time began to be demanded in cash.

Exorbitant taxes were forced on the peasants, loans were demanded of them and if this wasn’t enough, they were required to provide compulsory and unpaid labor. In order to pay their taxes and loans, the peasants were forced to borrow from money-lenders known as Sahukars. Failure to pay the loans usually resulted in slavery. Added to this, there were draconian laws passed on the social relations of the various ethnic groups, who were all converted into castes by the Mulki Ain of 1854.

Meanwhile, in Darjeeling, there was a need for laborers in tea gardens, railway lines, and for construction of roads and buildings. The British needed labor as well as population that would be loyal to them. Since they believed that the ‘Gorkhas’ would make loyal subjects they encouraged migration from the Gorkha empire. This then created a situation whereby Darjeeling became a destination where the peasants of the Gorkha empire began to escape to avoid the vicious circle of debt, poverty and slavery. Limbus and Khumbhus had kinship relations with the region even before the rise of Gorkha and used it as a refuge every time their uprising was crushed by the empire.
Thus they were the first to move to Darjeeling followed by the Tamangs, Sherpas, Damai, Kami-Sarki, Newari Jyapu, Magars, Gurungs etc., (not necessarily in that order). The number of Chhetris and Bahuns was quite low initially, however, by the end of the 19th century, their migration to Darjeeling increased as land began to be consolidated in the hands of the Rana and Shah oligarchy and the richer Bahuns and Chhetris.

Where they belong
To say Nepal has strong relations with Darjeeling is an understatement. Ethnically and linguistically, Nepal and Darjeeling are one unit. But ethnicity and nationality are two different things; one does not necessarily mean the other. Nation is an imagined construct while ethnicity has a much stronger base of shared imaginations, experience, language and origin. It has a much longer history than nations.

Migration is a constant factor of human existence since the beginning of time, and will be so till the end of time. This is why people in Darjeeling must not shy away from the fact that our ancestors migrated from what now constitutes the ‘nation state’ of Nepal. In a similar way, one needs to acknowledge the kinship relations with Nepal. The infamous concept of ‘roti-beti’ is not limited to southern borders of Nepal.

The fight in Darjeeling is for creation of a state where Nepalis are in a majority and hence not discriminated administratively and culturally. Coming back to my first point of statist view of citizen and citizenship, I argue that contested ideas behind ‘Gorkhaland’ have little to do with identity per se and more to do with the ideas of belonging. Ascribed Identities create water-tight compartments, while belonging is a concept that envisages safe haven. Keeping this in mind, rather than creating dichotomous differences between the notion of what constitutes ‘Nepaliness’, one might want to ponder the notion of belonging and the agency it carries to connect on a transnational level.

The author is a PhD scholar at the Center for Historical Studies at Jawaharlal Nehru
University, New Delhi