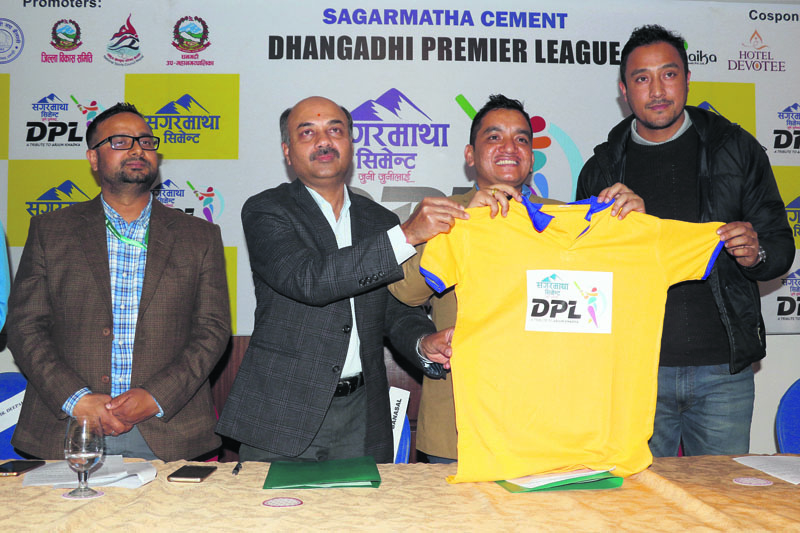 The T20 format tournament to be held from March 18 to April 1 next year will be a city-based franchise event featuring six teams. The winner and the runner-up will walk home with purse of Rs 1.5 million and Rs 700,000 respectively.

Organizing a press conference in the capital on Wednesday, Subash Shahi, the president of DCA informed that the tournament will be a fully auction-based event with players base price ranging from Rs 20,000 to Rs 50,000.

Meanwhile, national cricket captain Paras Khadka who also attended the press meet became the first player to register for auction amidst the same function. The registration that opened on Wednesday will close on December 30. The auction will be completed on January 7.

According to Shahi, four city teams have already confirmed participation for the tournament including Dhangadhi, Attariya, Rupandehi and Kathmandu. “We are in talks with some cities for two more teams and have got positive response from them,” said Shahi, adding that the names of all the teams, captains and owners will be unveiled on January 5.

“We have come up with this concept so that the public will also take ownership of their respective teams on the basis of their locality,” Shahi said.

Each team consists of 15 members and a coach. A team can field two foreign players in playing 11 and register a total of three foreigners. The tournament will be played in round robin league format in the first phase and the top four finishers will book place for the playoff rounds.

The top two teams in the playoff rounds will book ticket for the final.

Besides the lucrative cash prize for winners, the man-of-the-series will be given a motorbike and the man-of-the-match of each game will be rewarded with Rs 10,000 each.

The total cash prize is Rs 2.85 million and the expected cost of the tournament is Rs 16 million.

Meanwhile, a friendly match will be played between Cricket Players' Association of Nepal (CPAN) and Dhangadi XI before the tournament. The gate money for the match has been fixed at Rs 100 and the amount collected from the match will be given for construction of Phapla International Cricket Construction Project.

Meanwhile, gate fees for other matches have been fixed at Rs 50 and students will be given 50 percent discount on ticket. Among the total gate money, 20 percent will be allocated to set up fund for the education of DCA's late coach Arjun Khadka's children and 15 percent each for Phapla Project and participating teams.

According to the organizer, the tournament is the merger of the Hotel Devotee SPA Cup and Dhangadhi Cricket League being organized by DCA and SPA in alternate years in the past.

As the chief sponsor Ghoria will provide Rs 1.5 million to run the tournament. Ghorai's Director Sanjay Bansal and DCA President Shahi signed the MoU on behalf of their respective institutions.

KATHMANDU, Nov 24: Nepal-Pakistan Friendship T-20 Cricket Tournament 2017 was organized by Embassy of Pakistan at its ground located at... Read More...

KATHMANDU, Sept 6: Coca-Cola Indoor Corporate Cup Cricket tournament is set to be held from September 8 to 11 in... Read More...