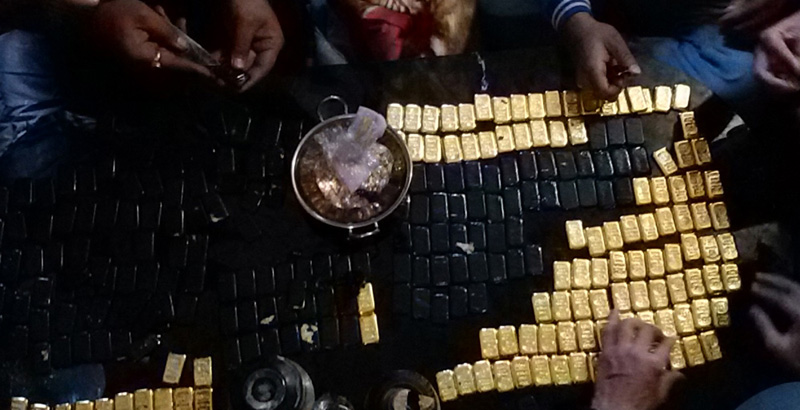 Based on the intelligence provided by the global police, INTERPOL, the CIB on January 5 had intercepted 33.577 kg of 'smuggled' gold from Pingalasthan of Kathmandu after the valuables were being taken to the market following customs clearance at the Tribhuvan International Airport.

The CIB has already arrested 12 individuals, including SSP Shyam Bahadur Khatri, on the charge of involvement in the gold smuggling racket while 21 others are at large.

BIRATNAGAR, May 2: Case against 62 people involved in smuggling of 33 kg gold and murder of Sanam Shakya will... Read More...

KATHMANDU, May 22: Chudamani Upreti alias Gore, the main accused of the 33 kg gold smuggling case, has been made... Read More...