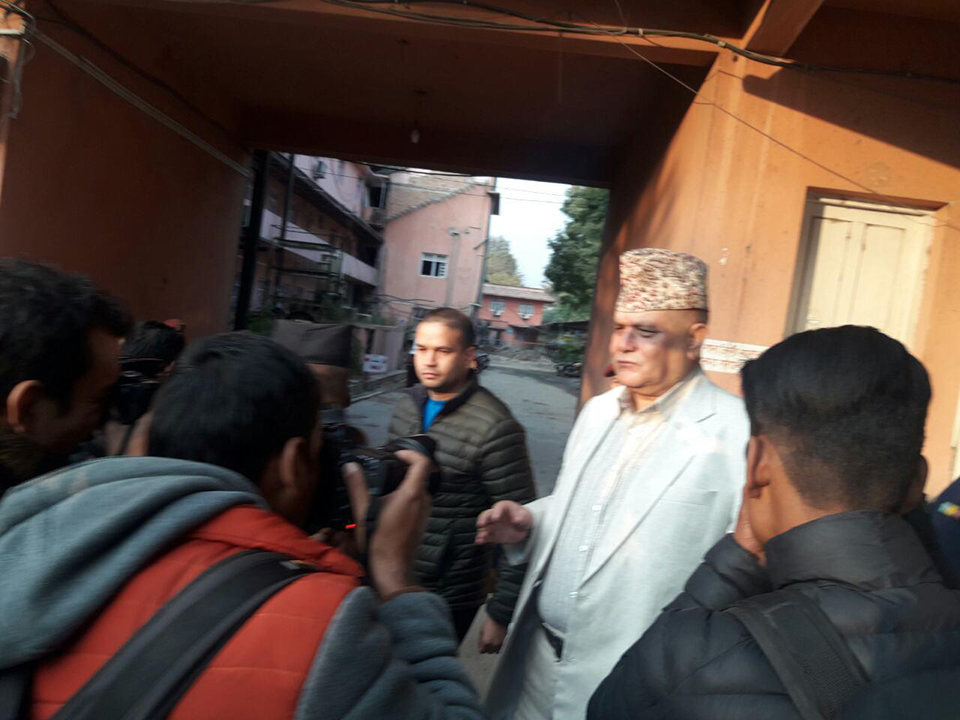 Prakash Shahi of Rukumkot and Chandra Bahadur Budha of Aathbiskot in Rukum district smeared black on   Karki's face when he appeared as summoned by the apex court.
Karki was punched in the back and smeared black by the assailants who shouted slogans such as "Long Live CPN Maoist" and "End Corruption".

Police took both the assailants into custody. They were later identified as central committee leaders of All Nepal Free Student Union (Revolutionary), which is affiliated to the CPN Maoist.

"We have taken the two assailants into custody and are investigating the incident," said SSP Sharad Chand,  spokesperson at the Metropolitan Police Commissioner's Office.

Half an hour after the incident, the suspended CIAA chief released a written appeal and warned political leaders and others speaking against him that he would uncover their corrupt faces.

"I will reveal the involvement of various political leaders in corruption at the right time when the public commands me to do so. At that moment, the corrupt will be unmasked and their dishonesty and  deceit uncovered," he added.

Karki argued that he is being framed and that allegations against him are biased, baseless  and misleading. "These have clearly been designed and influenced by a group of people after we started investigations against some of them and were on the way  towards exposing a few more, including those receiving huge funds from I/NGOs and using it for their own benefit, those amassing huge amounts of money which could not be sourced, those accumulating huge properties abroad, trade unions, protectors of cartels and syndicates, those taking huge amounts of money from individuals wanting to become members of parliament and the constituent assembly, some media houses evading taxes and practicing yellow journalism, and of course top level bureaucrats and politicians who were in fear of being exposed," the appeal further reads.

Mentioning the names of Prime Minister Pushpa Kamal Dahal and Minister for Energy Janardan Sharma, Karki has stated that the impeachment motion registered in Parliament was part of a conspiracy against him. 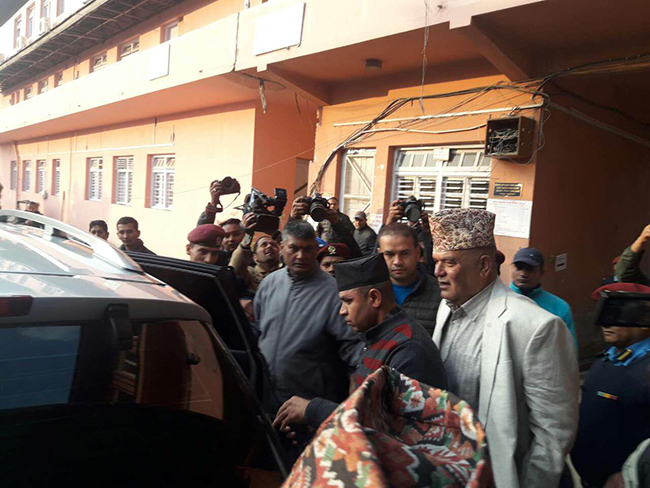 KATHMANDU, Dec 24: Final hearings on the writ petition challenging the appointment of Lokman Singh Karki as chief of the Commission... Read More...

Gearing up to launch novel 'Rani'
8 hours ago