KATHMANDU, May 22: Acting Chief Justice Gopal Parajuli, in the presence of President Bidya Devi Bhandari, administered oath of office and secrecy to Deep Basnyat as the Chief of the Commission for the Investigation of Abuse of Authority (CIAA) and to Tankamani Sharma Dangal as the Auditor General amidst a ceremony at the Office of President, Shital Niwas on Monday.

The Parliamentary Hearing Special Committee on Sunday approved the names of Basnyat and Dangal as the CIAA Chief and Auditor General, respectively.

As per the constitution, the President, on the recommendation of the Constitutional Council, appoints the CIAA Chief and the Auditor General. RSS 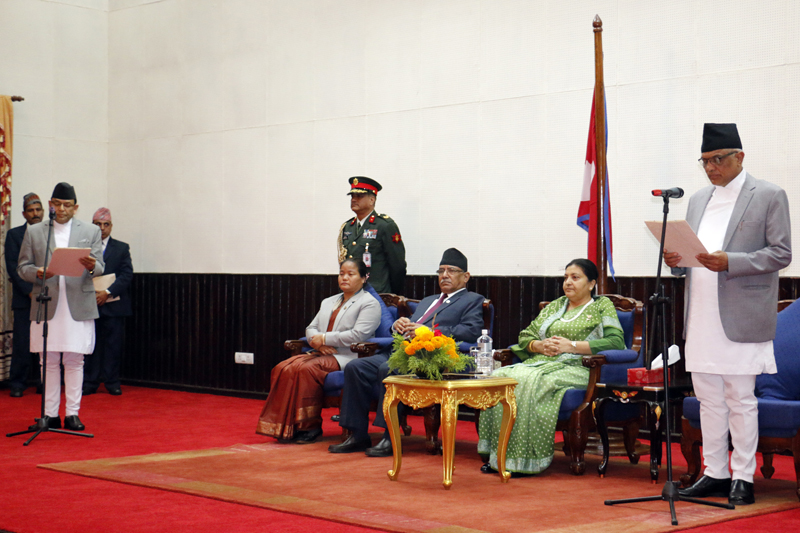 KATHMANDU, Jan 6: Amid widespread speculation of massive irregularities in course of holding the recent polls, the election commissioners held a... Read More...