Chuck Blazer, who touched off soccer scandal, dead at 72 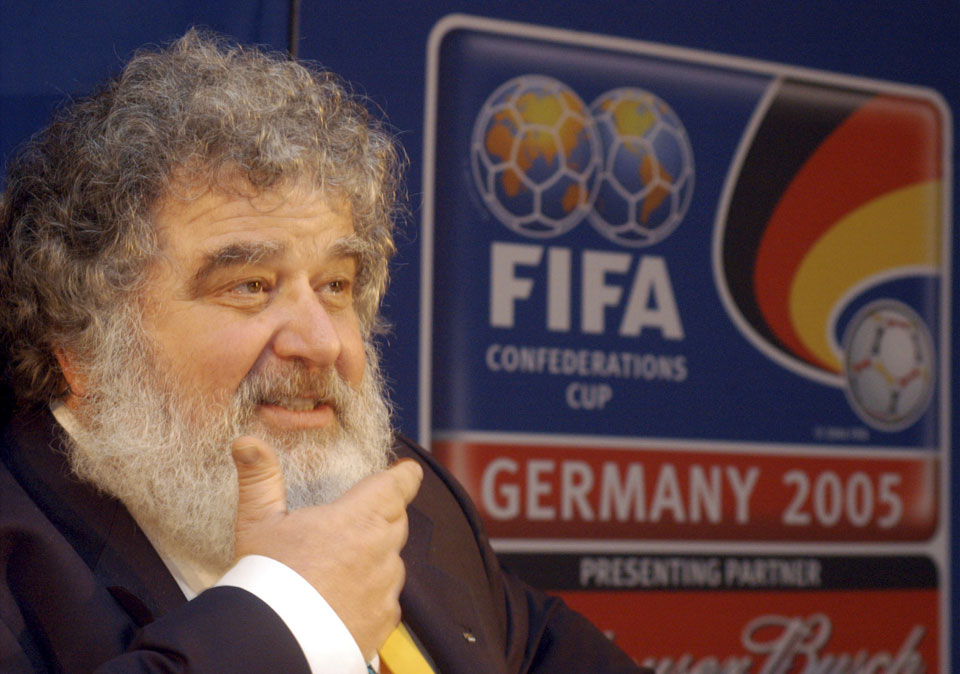 NEW YORK, July 13: Chuck Blazer, the disgraced American soccer executive whose admissions of corruption set off a global scandal that ultimately toppled FIFA President Sepp Blatter, has died. He was 72.

Blazer's death was announced Wednesday by his lawyers, Eric Corngold and Mary Mulligan. At a November 2013 court hearing during which Blazer entered guilty pleas to federal charges, Blazer said he had rectal cancer, diabetes and coronary artery disease.

With huge girth, charm, wit and a pet parrot, Blazer cut a large figure as he made deals from an office and apartment in Trump Tower. The No. 2 official in the governing body of soccer's North and Central American and Caribbean region from 1990-2011 and a member of FIFA's ruling executive council from 1997-2013, Blazer was central to the rise of the sport in the United States.

Blazer accused CONCACAF President Jack Warner and fellow executive committee member Mohamed bin Hammam of offering $40,000 bribes to voters in the 2011 FIFA presidential election. Bin Hammam had been the lone challenger to Blatter, who was elected unopposed to a fourth term after Warner and bin Hammam were suspended. Blatter was elected to a fifth term in 2015 before resigning.

But it turned out Blazer's conduct was as corrupt as the actions of the people he accused.

A CONCACAF investigation report released in 2013 said Blazer "misappropriated CONCACAF funds to finance his personal lifestyle," causing the organization to "subsidize rent on his residence in the Trump Tower in New York; purchase apartments at the Mondrian, a luxury hotel and residence in Miami; sign purchase agreements and pay down payments on apartments at the Atlantis resort in the Bahamas."

U.S. government agents stopped him on a Manhattan street, threatened him with arrest, and he became a government informant.

"Chuck hoped to help bring transparency, accountability and fair play to CONCACAF, FIFA and soccer as a whole," his lawyers said in a statement. "Chuck also accepted responsibility for his own conduct by pleading guilty and owning up to his mistakes. Chuck felt profound sorrow and regret for his actions."

Blazer pleaded guilty in November 2013 to one count each of racketeering conspiracy, wire fraud conspiracy, money laundering conspiracy and willful failure to file a Report of Foreign Bank and Financial Accounts, and to six counts of tax evasion. He forfeited $1.9 million and agreed to forfeit a second amount, but he was never jailed as the investigation continued. He was banned from soccer for life by FIFA on July 9, 2015.

"His misconduct, for which he accepted full responsibility, should not obscure Chuck's positive impact on international soccer," his lawyers said in a statement. "With Chuck's guidance and leadership, CONCACAF transformed itself from impoverished to profitable."

An NYU business graduate, Blazer started in soccer coaching his son's club in New Rochelle and joined boards of local and regional soccer organizations. He was the U.S. Soccer Federation's executive vice president from 1984-86, then became chair of the national teams committee. In 1988, he and Clive Toye, who had brought Pele to the United States as the general manager of the New York Cosmos, formed the American Soccer League.

Blazer urged Warner to run for president of CONCACAF in 1990. When the Trinidadian won, he made Blazer the general secretary. In 1991, Blazer created the CONCACAF Gold Cup, the organization's national team championship that is played every two years, and he rose within FIFA to become chairman of its marketing and television advisory board.

21 killed as bus plunges off bridge in India

NEW DELHI, Sept 9: A bus crashed off a bridge in eastern India on Friday, killing at least 21 people and... Read More...