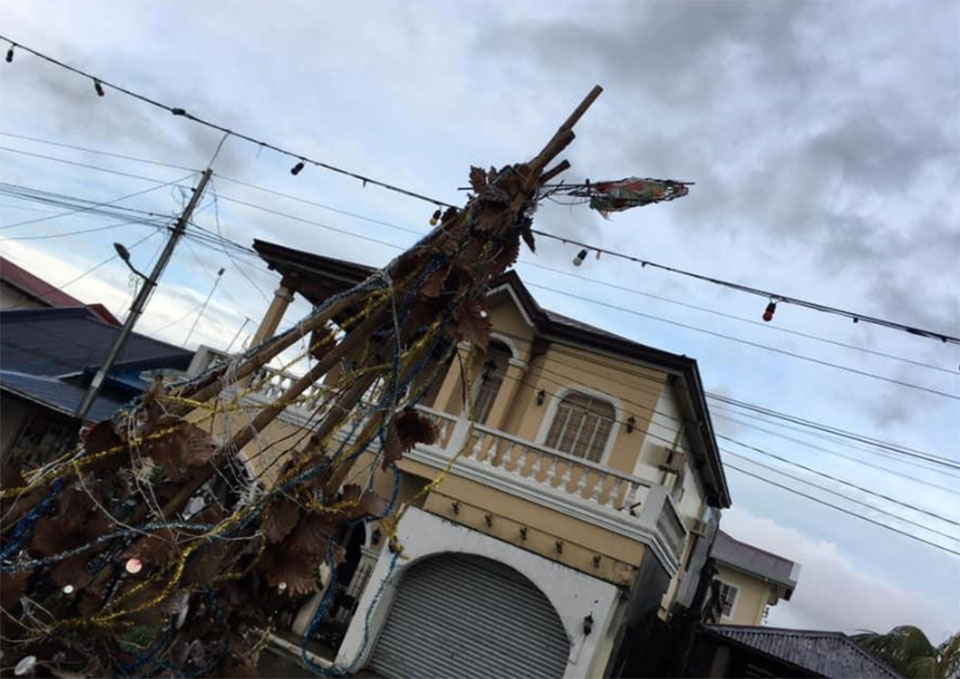 Destroyed Christmas decorations are seen after Typhoon Phanfone swept through Tanauan, Leyte, in the Philippines December 25, 2019, in this photo obtained from social media. Paul Cinco/via REUTERS

MANILA, Dec 26: A typhoon that struck the central Philippines over Christmas has killed at least 13 people, disaster agency officials said on Thursday.

Typhoon Phanfone hit the Philippines late on Tuesday with winds of up to 120 kph (75 mph) and gusts of 150 kph, heavy rain and flooding.

More than 58,000 people were evacuated from their homes before the storm, which caused widespread property damage, and more than 15,000 were stranded at ports when ferries were suspended. Scores of flights were cancelled.

The fatalities were in the central provinces of Capiz, Iloilo and Leyte, including a 13-year-old boy who was electrocuted, a man killed by a tree branch and another killed in a car accident, the disaster agency said.

The typhoon left the Philippines on Wednesday night and was out over the South China Sea, moving west.

An average of 20 typhoons hit the Philippines each year, with storms becoming fiercer in recent years.