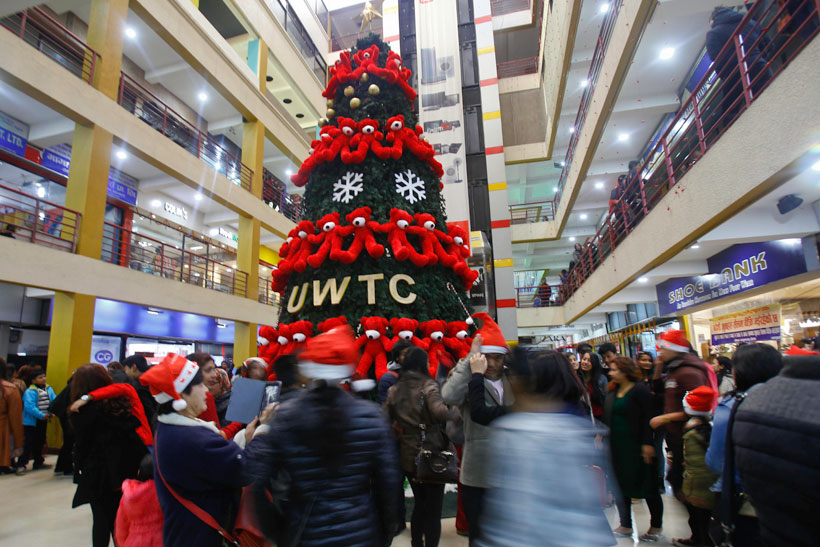 KATHMANDU, Dec 25: The Christian communities are celebrating the Christmas Day today to mark the birth anniversary of Jesus Christ.

Christians believe that Jesus Christ was born to Lady Maryam and the angel forecasted the birth of Jesus for the rescue of human beings.

They have a belief that Jesus sacrificed himself to liberate people from injustice, excesses and discrimination.

As per the tradition on December 25 every year Christians offer prayers and adoration to Jesus after drinking grape juice and cutting cakes.

Nepali Christians are also marking the festival with much fanfare and organizing of a variety of activities across the country.

General Secretary of National Christian Federation CB Gahatraj said that Nepali Christians too have started celebrating Christmas as a national festival after Nepal was declared secular state after the People's Movement-II.

"Christmas was celebrated in Nepal more than 400 years ago. There are 8,500 churches and more than three million Christians in Nepal," he said.

Special celebrations are held at Thamel, Lalitpur, Bhaktapur, Pokhara and other cities on Christmas Day. Colorfully decorated Christmas trees and other decorations are made at shopping malls and in the streets on the occasion. The government has been giving public holiday every year since 2007 on the Christmas Day. RSS

Worldwide screening of '14 Peaks, Nothing Is Impossible' based on Nirmal Purja's biography
3 minutes ago