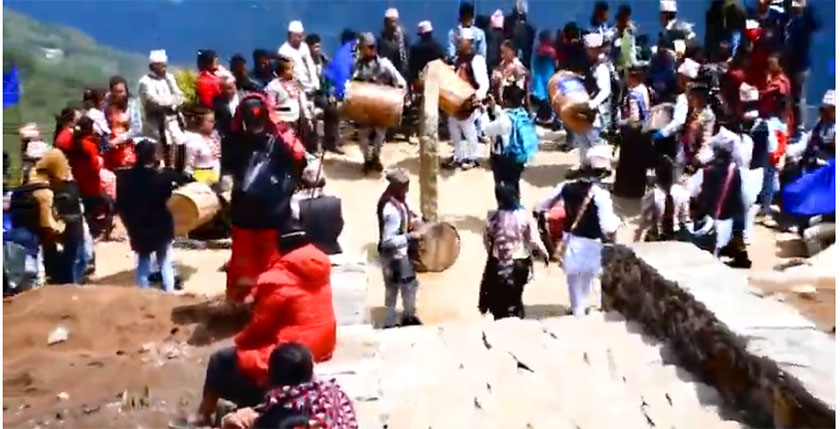 TEHRATHUM, Dec 4: Chotlung Park, a park which symbolizes unique Limbu cultures, language and religion, has been the central destination for tourism.

Located in Laligurans municipality, Chotlung Park covers an area of 50 ropanis where scores of tourists visit on a daily basis.

It has been constructed with a view to promoting cultural tourism in Laligurans municipality of the district, which is built mainly of stones.

A 6 ft. high stone pillar, a scale built of stone and weaving machine are other attractions of the park.

A legend has it that in the ancient time Limbu men and women had to take their weight on this scale before getting married at the initial phase of the civilization.

The marriage could happen between a man and a woman only when he outweighed the woman according to the Mundhum, an ancient religious scripture and folk literature of the Limbu community.

"This park has been constructed to promote and preserve the ancient civilization of the Limbu Community that has its own unique cultures, language, script, religion, tradition," said Mundhum expert and Mayor of Laligurans municipality Arjun Mabuhang.

TEHRATHUM, Sept 8: There are roads, but no bridges. Locals of Tehrathum district lament that they have not been able to... Read More...

TEHRATHUM, June 22:  Though the electoral law requires parties to field women candidates accounting for 40 percent of their total... Read More...