Cholera case in capital, Influenza B surging in Valley 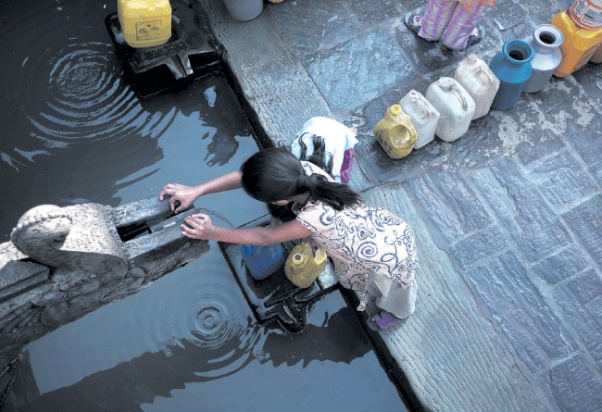 KATHMANDU, May 9: A cholera case has been detected in the capital while Influenza B is spreading rapidly in Kathmandu Valley along with the seasonal rise in temperature.

According to Sukraraj Tropical and Infectious Disease Hospital, Teku, cholera was detected in a 45-year-old man from Tahachal. Although the cholera case is still being investigated, the preliminary report is that contaminated water was the cause.

“Cholera is generally caused by water contaminated with bacteria or by rotten foodstuff,” said Dr Sher Bahadur Pun, chief medical officer at Sukraraj Tropical. “The patient has already been discharged but we need to be careful about our water and food to prevent the disease spreading,” he added. “Not all water supplied in the Valley or sold for drinking is safe.”

Meanwhile, the seasonal flu Influenza B is spreading rapidly in the Valley. Sukraraj Tropical has seen a rise in Influenza B cases these days.

Severe flues such as bird flu and H1N1 are categorized as Influenza A while the mild ones are known as Influenza B. “Though Influenza B is not life-threatening, it’s a huge amount of trouble for people affected,” said Dr Pun. “It may sometimes be fatal if the patient is already suffering from some other critical disease,” he added.

The symptoms of Influenza B are headache, fever, coughing and throat pains. Affected people rush to the hospital as they are terrified of Influenza A, said Dr Pun.

The season is also known for typhoid, which likewise is caused by contaminated water and food, said Dr Pun. “We need to have a greater awareness of seasonal diseases,” he added.

After Lalitpur, cholera spreading in Kathmandu

KATHMANDU, Sept 1: Over a dozen people from the Matatirtha area of Kathmandu, who were admitted at Sukraraj Tropical and Infectious... Read More...

Cholera confirmed to over 100 patients in Kathmandu valley

KATHMANDU, Sept 6: The Epidemiology and Disease Control Division under the Ministry of Health and Population, has confirmed that over... Read More...

After Lalitpur, cholera spreads in Kathmandu

KATHMANDU, Sept 2: Over a dozen people from the Matatirtha and Thankot areas of Kathmandu, who were admitted at Sukraraj Tropical... Read More...