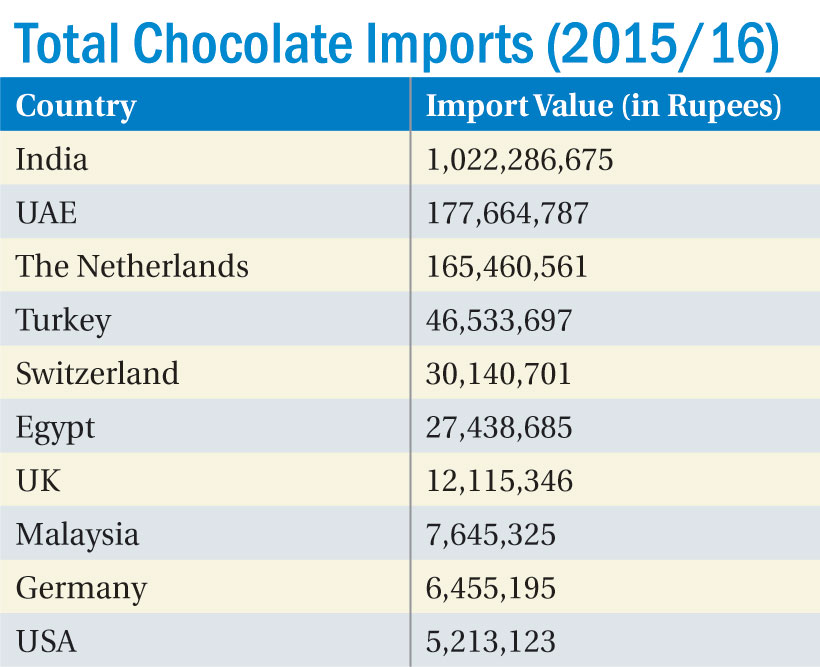 Import of chocolates is increasing with each passing year as local chocolate brands are failing to compete with foreign brands.

The statistics shows that the country imports 'chocolate in block or bar' -- weighing more than two kg -- from nine different countries. Most of such chocolates come from India and Bangladesh.

Similarly, the country imported Rs 15.1 million worth of chocolates in 'chocolates, filled in block' category from eight different countries in 2015/16.

The company has been producing chocolates for the past four decades.

Electricity imports up by 23 percent

KATHMANDU, Feb 27: Electricity imports increased by 23 percent to 785 million units over the first half of the current fiscal... Read More...

KATHMANDU, July 23: Following reduction of brokerage commission by 40 percent, Securities Board of Nepal (Sebon) has also brought down... Read More...