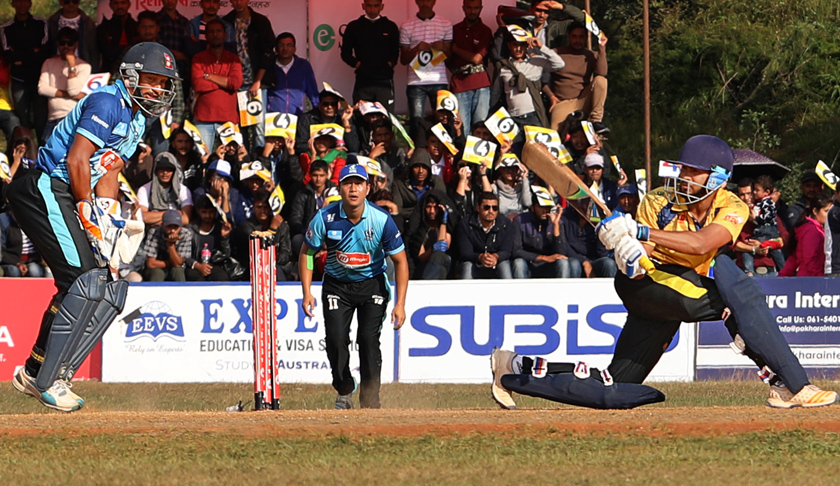 Biaratanagar Titans had won the toss and elected to bat first.

Sandeep Lamichhane took highest 4 wickets for Biratnagar Titans but was not sufficient to stop Chitwan from winning the match   to join Kathmandu Royals and Pokhara Paltan in the playoffs.

POKHARA, Dec 25: Kathmandu Golden Warriors will sweat on the result in the final group match between Butwal Blasters and Biratnagar... Read More...