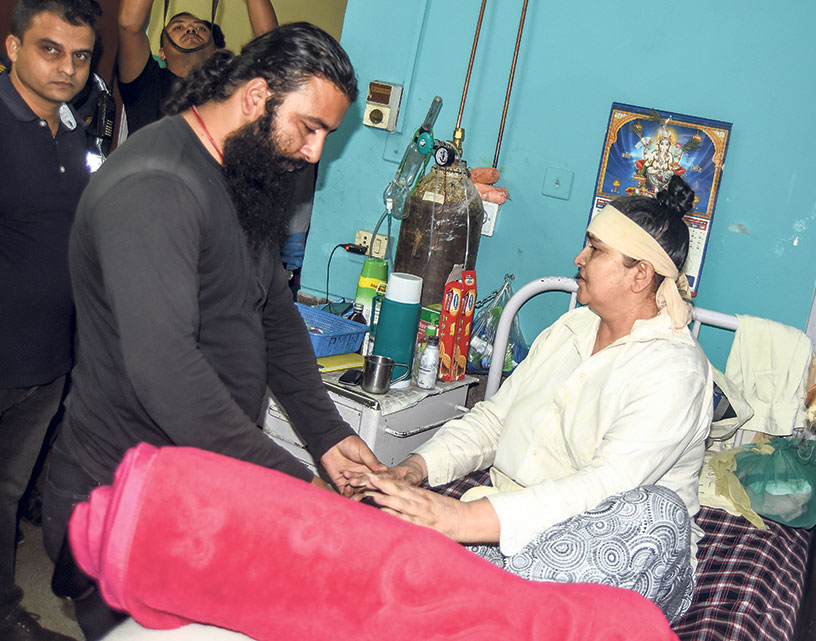 The order to this effect was issued on Sunday after none of the members from the Adhikari family appeared before the court to record their statements about the murder of the youngest member of their family. Court notices had been issued in the past as well but no one appeared on behalf of the Adhikari family.

A bench headed by judge Kul Prasad Sharma issued the new order Sunday saying that the previous notices were not in accordance with the law.

Keshav Prasad Paudel, information officer at the court, said 15 days have been given to Noor Prasad to appear before the court and record his statement.

The court notice, according to information officer Paudel, will be sent to Gorkha district on Monday itself due to time constraint.

Previously, the court officials had pasted the court notices at the public places of Phujel.

The Maoists have already admitted to killing Krishna Prasad Adhikari of Phujel village, Gorkha, at the height of their insurgency in 2004. The killing took place at Bakulahar Chowk of Ratnanagar, Chitwan district. Krishna Prasad’s father Nanda Prasad had filed a complaint with the police on June 8, 2004, immediately after the murder.

The hearing of the case, however, was delayed for years. The victim’s family has been accusing pressure from the Maoists for the court’s delay in settling the case.

On the basis of a petition filed by Ganga Maya, a team from the Metropolitan Police Crime Division took Noor Prasad under control from Sanepa, Lalitpur, according to chief of MPCD SSP Dhiraj Prasad Singh.

Ganga Maya had broken her hunger strike on the 45th day on July 13 after the government assured her that it would initiate action against Chhabi Lal Paudel, the man accused in the insurgency-era murder of Adhikari’s son Krishna Prasad. The Maoists had killed Krishna Prasad on June 6, 2004 in Chitwan district.

Before Adhikari broke her hunger strike, Paudel himself had surrendered to the Supreme Court. Hearing of the murder case has resumed at the Chitwan District Court. As there was no one to represent Ganga Maya at the court, she had requested the police to find her son.

Ganga Maya’s husband Nanda Prasad Adhikari died in the course of a prolonged hunger strike demanding justice for the murder of their son. His family has not received the body yet. The body is still at the mortuary of the TU Teaching Hospital, Maharajgunj.

Maoist activists-duo fined with Rs 100,000 each for tearing up ballot paper

CHITWAN, July 1: Two Maoist activists who were convicted for tearing up ballot papers during the election in Bharatpur Metropolis... Read More...