KATHMANDU, Nov 29: State Councilor and Defense Minister of the People’s Republic of China Wei Fenghe said on Sunday that his ongoing visit is aimed at holding discussion with the top Nepali leadership to enhance bilateral ties between the countries.

He also said that he will discuss about the consensus reached between leaders of the two countries on multiple occasions in the past. Leading a 21-member high-level military delegation, the Chinese Defense Minister is on a one-day working visit to Nepal. He arrived in Kathmandu this morning. 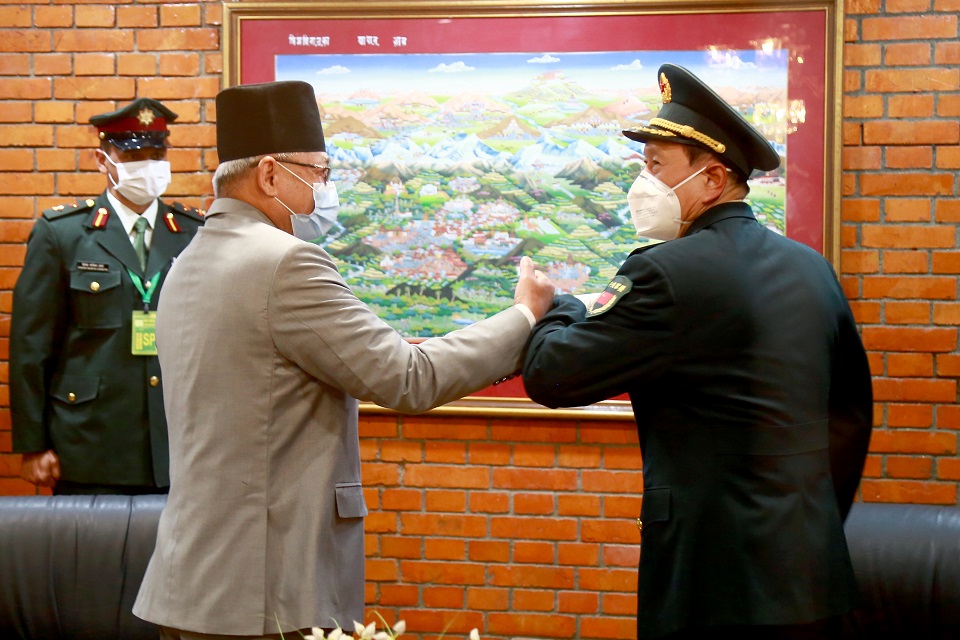 In his brief remarks, the Chinese Defense Minister said that he is visiting Nepal to further strengthen military cooperation and friendly relationship between the two countries.

"China and Nepal have been enjoying a strong, friendly and close relationship for a long time, and I am here to take that relationship to a greater height," the Chinese top official said after Home Minister Ram Bahadur Thapa, Defense Secretary Reshmi Raj Pandey, Chinese Ambassador to Nepal Hou Yanqi and senior Nepali officials welcomed him at the TIA.

He expressed confidence that the visit will be productive to cement cordial ties between the two countries. Wei also said that his visit to Nepal was delayed due to the COVID-19 pandemic.

The Chinese minister is scheduled to pay courtesy calls on the President Bidya Devi Bhandari and the Prime Minister KP Sharma Oli, according to the Ministry of Foreign Affairs.

The top Chinese official is expected to seek the commitment of the top Nepali leadership to translate the consensus reached during the high level visits including Chinese President Xi into action. He will also convey the message that the bilateral agreements concluded during high-level visits on promoting infrastructure development and connectivity, including the Transit Transport Agreement and its Protocol and feasibility study of Nepal-China Cross-border Railway project are significant in enhancing the bilateral cooperation.

The two sides will also hold discussion on the progress being made on the implmentation of projects under the Belt and Road initiative.  He is also holding a meeting with Chief of Army Staff General Purna Chandra Thapa this afternoon.

During the meeting, the two sides are expected hold talks on further enhancing military-to-military ties between the two countries. They are also likely to hold discussion on the military exercise between the Nepal Army and People's Liberation Army of China which is not taking place this year owing to the COVID-19 pandemic, according to sources.

The visiting Chinese minister will be receiving a guard of honor amid a ceremony being held at the Army headquarters this afternoon.