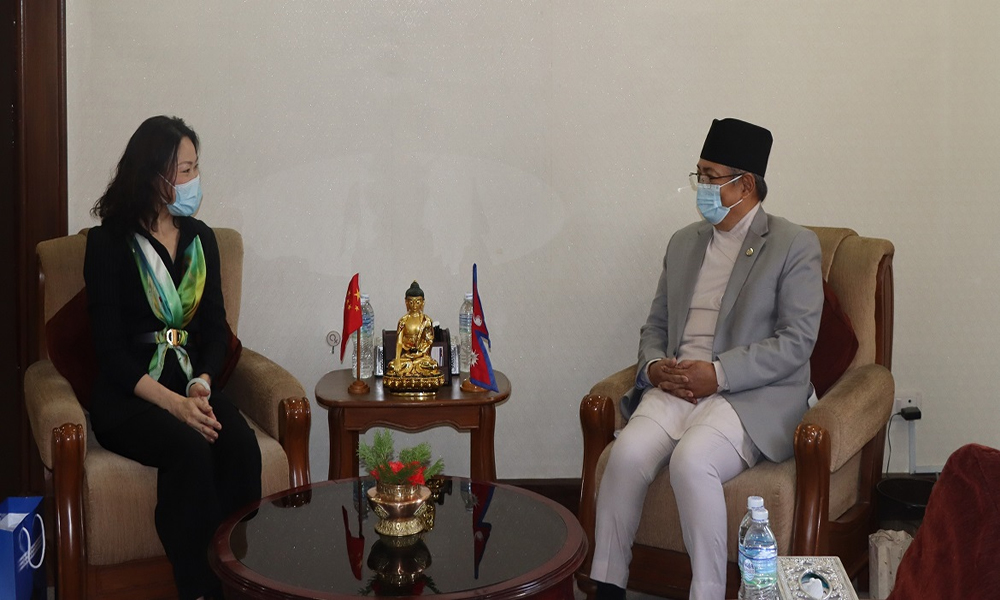 "Nepal is always for One China Policy," Minister Khand made it clear, adding, "We are committed to not allow any activity in Nepal against the neighboring countries." said Minister's press coordinator, Madhusudhan Bhattarai.

Moreover, the Home Minister reiterated that Nepal is firm in non-aligned foreign policy and principles of panchsheel. Peace in China and neighboring countries is beneficial to Nepal, the Minister added.

In response, Chinese Ambassador Yanqi said China was ready to assist Nepal in its disaster management. She expressed happiness over the announcement of the elections to the provincial and federal parliaments. China is always for the representative system based on people's vote, the Ambassador said, adding that China is ready for cooperation with the new government to be formed after the election.

Ambassador Hou also said  that the Chinese Communist Party was holding its National Congress this year.

In Pictures: Protest against Citizenship Bill
45 minutes ago