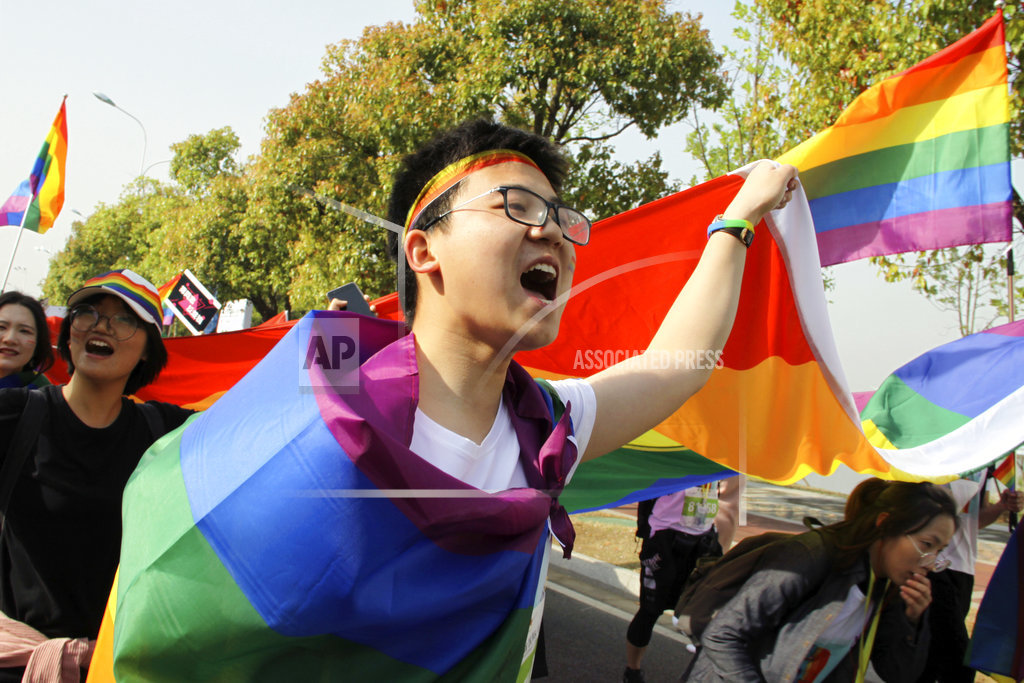 BEIJING, April 17: One of China's top social networking sites announced Monday that it will no longer be censoring content related to gay issues after the plan triggered a loud public outcry.

Weibo.com was flooded over the weekend with the hashtags "#I'mGay" and "#I'mGayNotaPervert" after the Twitter-like platform said that cartoons and short videos with pornographic, violent or gay subject matter would be investigated over a three-month period.

The microblogging site, which saw its Nasdaq shares fall on Friday, said in its amended post: "This clean-up of games and cartoons will no longer target gay content." A company spokesman refused to clarify how the platform would treat short videos with gay content.

The investigation will instead "primarily focus on pornographic and violent material," Weibo's statement said. "Thank you everyone for your discussions and suggestions."

The company previously said that it was acting in accordance with China's cybersecurity laws. The Cyberspace Administration of China, the country's internet regulator, did not immediately comment.

Regulators have been ratcheting up control over Chinese microblogs in recent months, ordering operators like Weibo to set up a mechanism to remove false information after criticizing it for allowing prohibited material to spread. It was the latest of new measures imposed by President Xi Jinping's government to tighten control over what China's public can see and say online while still trying to reap the economic benefits of internet use.

While homosexuality is not illegal in China and few Chinese have religious objections to it, a traditional, conservative preference for conventional marriage and childbearing creates barriers for LGBT people.

Following Weibo's initial announcement Friday, more than a million users have viewed hashtags in support of LGBT rights, with many sharing their own experiences as an LGBT person or a parent of one.

Hua Zile, the founder of "Voice for China LGBT," Weibo's first LGBT-themed account, said he was encouraged by the outrage against the site's censorship plan.

"The response shows that we LGBT people in China are slowly realizing our rights," Hua said. "Gay people who would not have spoken out years ago are now letting their voices be heard."

Hua said a Weibo manager told him to stop posting while the "cleanup" was to take place. He complied, and his announcement that Voice for China LGBT would be going on hiatus was shared nearly 40,000 times.

Now that Weibo has admitted its mistake, Hua said, it should apologize to the LGBT community.

"Like China, which has developed so quickly in such a short time, sex education in the country is a work in progress," he said.

On Sunday, an LGBT group led more than 100 people in joining a large marathon in the city of Nanjing, holding rainbow flags to raise awareness of LGBT issues. The group had planned to take part the marathon months in advance, but its organizer, Lucas Chen, said Weibo's announcement gave it "added significance."

The main objective of joining the marathon was to "help everyone courageously come out of the closet," Chen said. "So it was meaningful that people online were also bravely speaking out and showing that they were not defeated by negativity."

The People's Daily, the official paper of the ruling Communist Party, also appeared to criticize Weibo in a Sunday editorial.

"Intellectually speaking, there should be a consensus around respecting other people's sexual orientation," the column said, adding that comparing homosexuality to pornography and violence and regarding it as "abnormal sexual relations" can easily create misgivings in public opinion.

At one of the most treacherous and least restored stretches of China’s Great Wall, a line of pack mules halted... Read More...