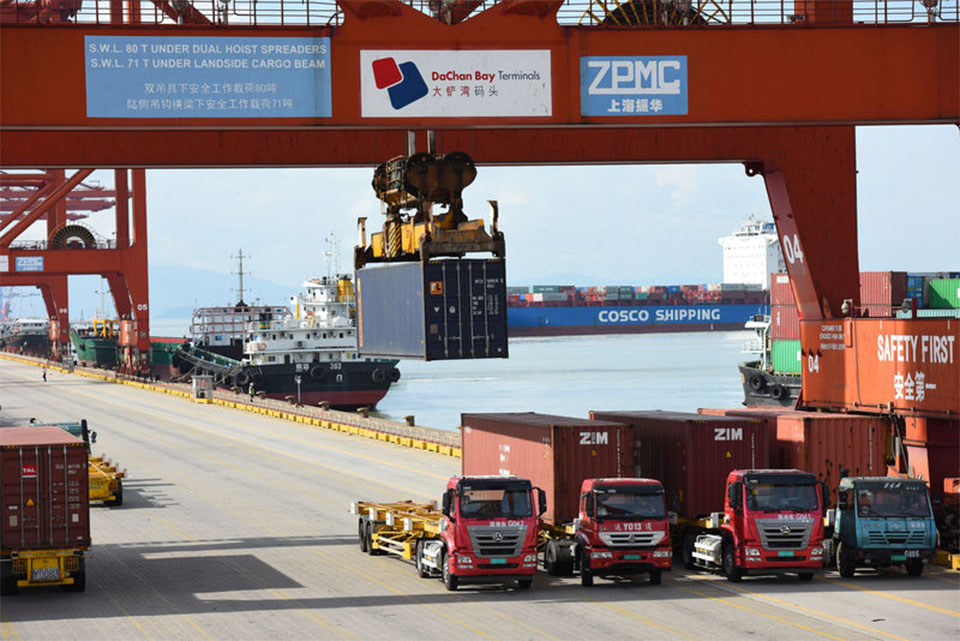 Late on Friday, China’s finance ministry unveiled new sets of additional tariffs on 5,207 goods imported from the United States, with the extra levies ranging from five to 25 percent on a total value of goods less than half of that proposed by U.S. President Donald Trump’s administration.

The response follows the Trump administration’s proposal of a 25-percent tariff on $200 billion worth of Chinese imports.

“China’s countermeasures are rational,” the Global Times, a tabloid run by the official People’s Daily, said in a commentary.

“China will not rush to compete with U.S. numbers,” it said, echoing comments made by state television.

The United States and China implemented tariffs on $34 billion worth of each others’ goods in July. Washington is expected to soon implement tariffs on an additional $16 billion of Chinese goods, which China has already said it will match immediately.

“The White House’s extreme pressure and blackmail are already clear to the international community,” said a state television commentary. “Such methods of extreme blackmail will not bear fruit against China.”

In a series of tweets on Saturday, Trump disagreed.

“Tariffs are working far better than anyone ever anticipated,” he claimed, citing a big drop in China’s stock market. “They are really hurting their economy.”

Trump also claimed that China was talking to the United States about trade, but he provided no details. He said his administration would continue to employ tariffs if other nations were unwilling to come to the table on trade. “We are using them to negotiate fair trade deals,” Trump said.

China has now either imposed or proposed tariffs on $110 billion in U.S. goods, representing the vast majority of China’s annual imports of American products. Last year, China imported about $130 billion in goods from the United States. Trump has ultimately threatened tariffs on over $500 billion in Chinese goods, covering virtually all U.S. imports from China.

“The U.S. has repeatedly resorted to threatening and deceitful routines, trying to force China to compromise, both overestimating its own bargaining power and underestimating China’s determination and ability to defend its national dignity and the interests of its people,” said a commentary in the official Xinhua news agency.

“President Trump inherited an unfair trade regime where American workers and American companies were not treated reciprocally or fairly by the Chinese, and the efforts of the Trump administration are to right that, to correct that,” Pompeo told reporters on the sidelines of a regional forum in Singapore.

Pompeo added that he had discussed trade issues with Chinese State Councillor Wang Yi on Friday. Wang said on Friday they did not get into details.

Malaysian Foreign Minister Saifuddin Abdullah said he met Pompeo in Singapore and that his message was clear.

“My objective was quite straightforward: I think I need to inform him that we are very concerned,” said Saifuddin.

Countries like Malaysia form an integral part of Chinese exporters’ supply chains, and analysts have warned a trade war could knock billions of dollars off their economic growth in coming years.

BEIJING, Oct 31: Chinese state media say 33 miners are trapped after a gas explosion ripped through the shaft in which... Read More...