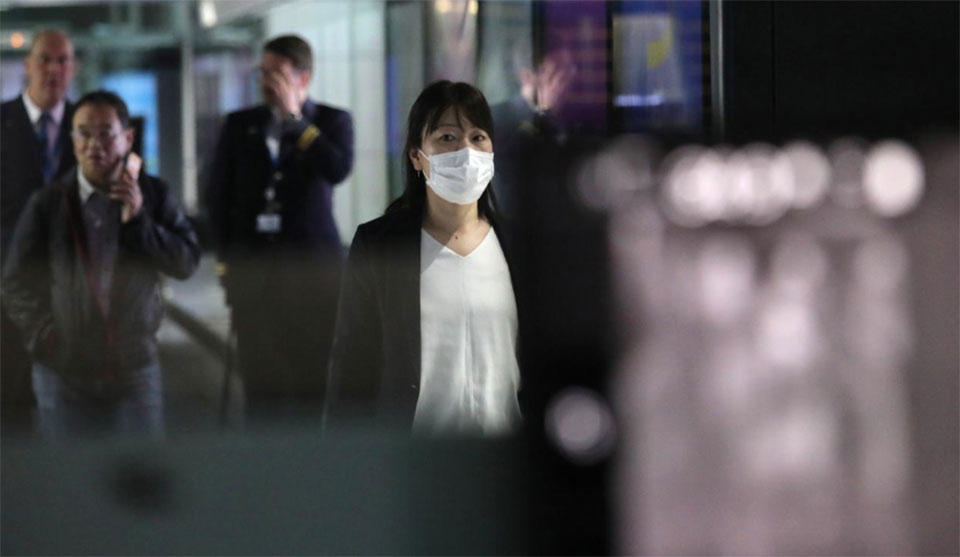 BEIJING/SHANGHAI, Jan 22: The death toll from a new flu-like coronavirus in China rose to nine on Wednesday with 440 confirmed cases, Chinese health officials said as authorities stepped up efforts to control the outbreak by discouraging public gatherings in Hubei province.

Another 2,197 people who came into contact with infected people were isolated, with 765 so far released from observation, National Health Commission vice-minister Li Bin told reporters, adding that there was already evidence that the virus was being spread through “respiratory transmission”.

“Recently there has been a big change in the number of cases, which is related to our deepening our understanding of the disease, improving diagnostic methods and optimizing the distribution of diagnostic kits,” said Li.

As China vowed to tighten containment measures in hospitals, the World Health Organization (WHO) was due to hold an emergency meeting on Wednesday to determine whether the outbreak of the new coronavirus constitutes a global health emergency.

The virus, originating in the central Chinese city of Wuhan in Hubei at the end of last year, has spread to Chinese cities including Beijing, Shanghai and Macao, as well as the United States, Thailand, South Korea, Japan and Taiwan.

The Chinese government has been providing daily updates on the number of cases in a bid to head off public panic, as millions of people prepare to travel domestically and abroad for the country’s Lunar New Year celebrations starting this week.

“At present, during the Lunar New Year, the rise in the mobility of the public has objectively increased the risk of the epidemic spreading and the difficulty of prevention and control,” Li warned, noting that the mutation of the virus could also bring further risks.

Fears of a pandemic similar to the Severe Acute Respiratory Syndrome (SARS) outbreak that started in China and killed nearly 800 people in 2002-2003 have roiled global markets, with aviation and luxury goods stocks hit particularly hard and the Chinese yuan tumbling.

WHO spokesman Tarik Jasarevic said new cases of the coronavirus would appear as China stepped up monitoring. “If you increase surveillance and testing you are likely to get new numbers,” he added.

Li said there was as yet no evidence of “super-spreaders” capable of disseminating the virus more widely, as happened during the SARS outbreak, but authorities were already taking appropriate measures.

Fifteen medical personnel are among those infected in China. Symptoms include fever, coughing and difficulty breathing. The viral infection can cause pneumonia and can be passed from person to person.

Though the origin of the virus has yet to be identified, WHO said the primary source was probably animal. Chinese officials have linked the outbreak to Wuhan’s seafood market.

The new virus was adapting and mutating, underscoring the challenges for health authorities in controlling the outbreak, Gao Fu, the director-general of China’s Center for Disease Control and Prevention, told a news briefing.

Officials found to have covered up infections would be a “sinner for eternity before the Party and the people”, the Chinese Communist Party’s Central Political and Legal Commission said in a post on its WeChat social media account that was subsequently deleted.

FLIGHT FEARS
Hong Kong’s Cathay Pacific Airways Ltd (0293.HK), one of the airlines affected the most by the SARS outbreak, said it would allow flight attendants to wear a surgical mask while operating mainland China flights due to concerns over the new virus.

The Cathay Pacific Airways Flight Attendants Union said it had received a “tremendous” amount of messages from members concerned over catching the virus, and attendants on all flights should have the option to wear a mask.

“All of them are worried about the risk they are taking every time they go to work,” the union said on its Facebook page.

Taiwan joined Australia in warning citizens to avoid travel to Wuhan, and airports around the world have stepped up screening of travelers from China.

“I want to call on our nationals please not to visit this region if not necessary,” Taiwan President Tsai Ing-wen wrote on her Facebook page.

Tsai also ordered tour groups from Wuhan not to come to Taiwan for the time being.

BEIJING, Feb 2: Following the steps taken by many other countries, Nepal has initiated the process to evacuate stranded Nepalis... Read More...

MCC compact agreement cannot be amended only for Nepal: FM Khadka
16 hours ago