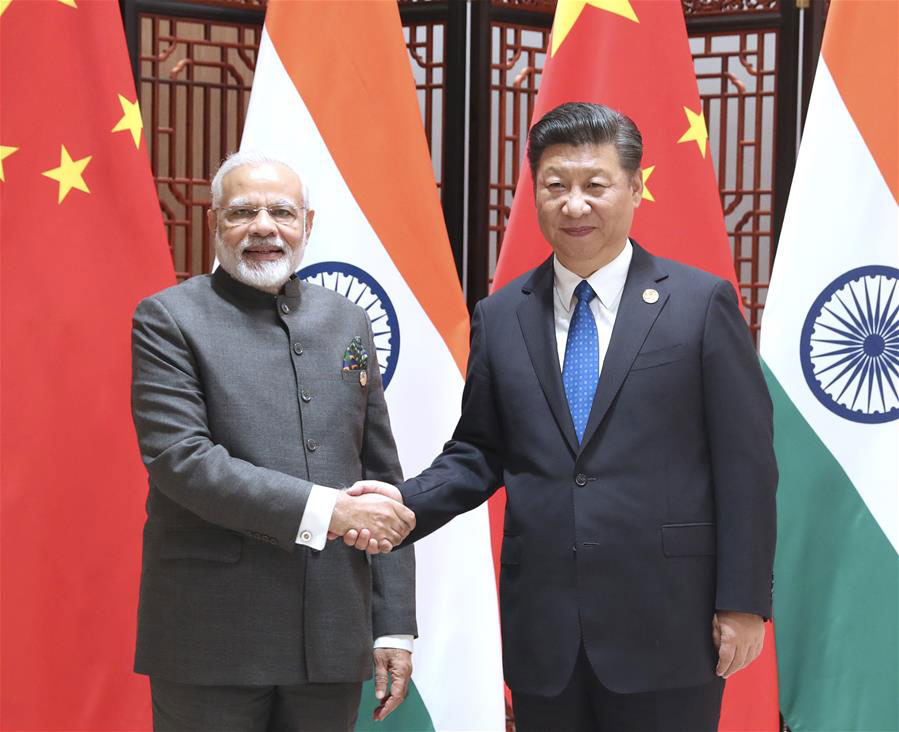 XIAMEN (CHINA), Sept 5: China has urged India to view China’s development from a more sensible and objective perspective in order to bring the bilateral relations between the two countries on the right track.

“Hope India can be more sensible and objective about China's development,” the Ministry of Foreign Affairs of China’s Spokesperson GengShuu quoted Chinese President Xi as saying in the meeting.

Chinese President Xi and Indian Prime Minister Modi had a bilateral meeting for the first time after the protracted Dolkam border stand-off was resolved.

While informing about the details of the bilateral meeting between the two leaders, Shuu also said  that the Chinese president said that the two sides should respect each other, seek common ground while resolving differences, and safeguard the peace and tranquility of the border areas.

Similarly, Xi also said that China is willing to work with India to promote political mutual trust, promote mutually beneficial cooperation and promote the development of China-India relations along the correct track, guided by the five principles of peaceful coexistence.

“China and India in the economic and social development has great potential for cooperation. The two sides should strengthen the development strategy docking, expand cooperation in infrastructure construction, interconnection and other fields, enhance cultural exchanges, strengthen communication and cooperation in international affairs, and promote the international order in a more just and reasonable direction,” Xi added.

“The two leaders felt that there should be closer communication between the defense and security personnel of India and China,” told Indian Foreign Secretary to the Press Trust of India.

He said that it was a forward-looking conversation and not a backward-looking one. However, he stressed that peace and tranquility in the border areas is a pre-requisite for ties to move forward.

The bilateral meeting between the Chinese and Indian sides had lasted for an hour.

Meanwhile, the 9th BRICS Summit, which started on Sunday, concluded on Tuesday. The BRICS countries held a dialogue with emerging markets and developing countries on the last day where Chinese President, in the capacity of the chairman of this year’s BRICS summit, announced to provide another 500 million US dollar aid to support other non-BRICS developing countries under the South-South Cooperation Assistance Fund to help other developing countries cope with challenges such as famine, refugees, climate change and public health.

Similarly, China will also use the International Development Knowledge Center, South-South Cooperation and Development Institute and other platforms, with countries to strengthen the development of experience exchange and capacity-building cooperation. The announcements came in line with China’s plan to expand scope of BRICS to BRICS plus by including other emerging developing countries.

On Monday, China had announced to provide 80 million dollars to support various projects along  BRICS as well as other emerging markets. Similarly, the BRICS countries issued a declaration to cooperate on wide range of issues including terrorism, poverty, multilateralism, among others.

Chinese President Xi also announced that the next BRICS summit will be held in South Africa.