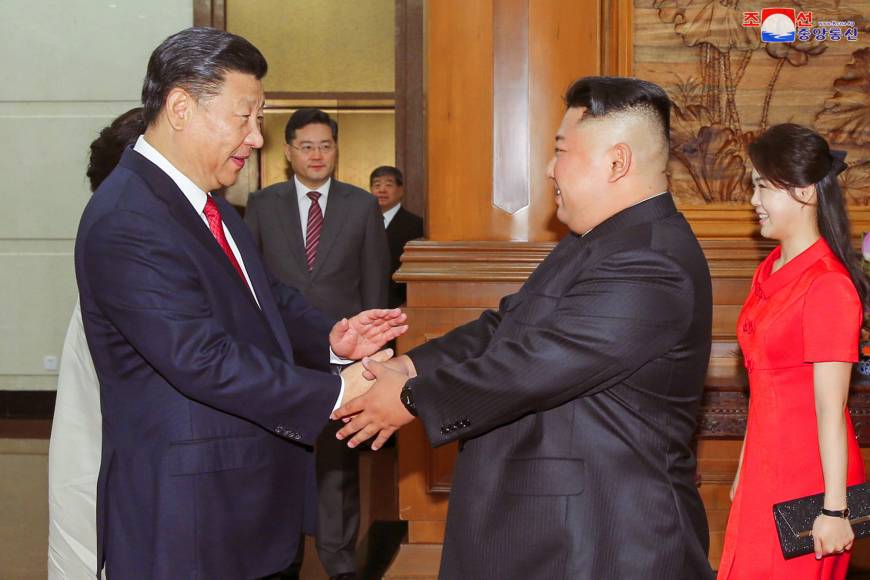 BEIJING, July 21:  China has decided to invest 600 million yuan ($88 million) in North Korean infrastructure such as roads around a border bridge, sources in both countries have said, raising concerns that Beijing may violate U.N. resolutions.

Chinese President Xi Jinping’s leadership is scheduled to start the infrastructure investment by the end of this year, the sources said Friday. Beijing and Pyongyang have been strengthening their economic cooperation recently.

The effective economic aid would be regarded as a violation of U.N. resolutions aimed at preventing North Korea from producing nuclear weapons and ballistic missiles, U.N. diplomats said.

While preparing to dispense the aid, China is expected to begin negotiations with U.N. Security Council member states with an eye on easing economic sanctions against North Korea now that Pyongyang has pledged to work toward denuclearization, the sources added.

The new bridge over the Yalu River from the Chinese city of Dandong, in Liaoning Province, to the North Korean county of Ryongchon was completed in 2014 after four years of construction.

But roads connecting to the bridge have yet to be developed on the North Korean side, preventing it from going into operation.

Earlier this month, Liaoning authorities decided to set up a project to support the construction of the roads, and the Chinese central government has already approved it, the sources said.

Since March, relations between Beijing and Pyongyang have been markedly improving, with North Korean leader Kim Jong Un visiting China for summit talks with Xi no fewer than three times.

The two leaders apparently exchanged views on denuclearization on the Korean Peninsula and economic aid, with Kim vowing to build a “powerful socialist economy.” Kim also has often visited the border recently.

Around 70 percent of China-North Korea trade is believed to pass through Dandong.

Given that the two countries have boosted cooperation in the economic field, their trade activities are likely to recover down the road, political experts said.

BEIJING, Dec 24: The latest U.N. sanctions against North Korea are an act of war and tantamount to a complete... Read More...

Analysis: Even new UN sanctions might not budge North Korea

WASHINGTON, August 8: The strongest sanctions yet against North Korea could still prove no match for the communist country’s relentless... Read More...