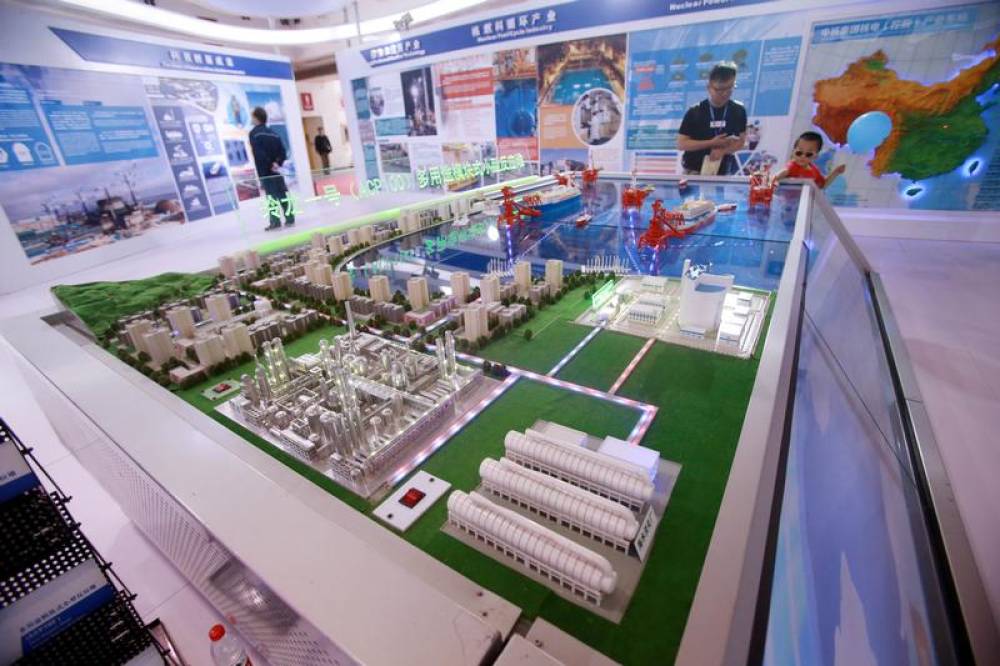 Industry executives have been calling on the state to accelerate project approvals, to ensure 2030 energy, climate and pollution targets can be reached.

BEIJING, April 1: China will be able to build six to eight nuclear reactors a year if project approval processes return to normal as expected in the near future, the chairman of the state-owned China National Nuclear Corporation (CNNC) told Reuters on Monday.

"That should be enough to meet our country's 2030 development plans," Yu Jianfeng said, speaking on the sidelines of an industry conference.

China did not approve any new conventional nuclear projects for three years before giving the nod to two new reactor complexes in southeast China earlier this year.

China originally planned to put 58 gigawatts of nuclear power into operation by 2020, with another 30 GW under construction. Total capacity stood at 46 GW by the end of last year, with 11 GW still being built.

But the slowdown means it is unlikely to meet its 2020 goals, and industry executives have been calling on the state to accelerate the approval process in order to ensure that 2030 energy, climate and pollution targets can be reached.

China aims to raise the share of non-fossil fuels to 20 percent of its total energy mix by 2030, up from 15 percent in 2020. It also aims to bring greenhouse gas emissions to a peak by around the end of the next decade.

In a message delivered to the Monday conference, Agneta Rising, director general of the World Nuclear Association, said China needed to "show leadership and announce an accelerated phase of construction".

CNNC's Yu told the conference the global nuclear sector was gradually "recovering confidence" after the 2011 Fukushima disaster in Japan.

However, "communication problems" and "misunderstandings" among the public were one of the reasons why China hasn't been able to take full advantage of its manufacturing capabilities and increase capacity more quickly, he said.

"China's nuclear industry has made big achievements, but there are still a lot of problems, and development is still incomplete and imbalanced," he said, adding that China's total nuclear plants still amount to only 4 percent of total generation capacity.

China is promoting new advanced reactor technologies, and is the first country to complete the construction of third-generation models like Westinghouse's AP1000 and the French EPR design.