China ready to hit back at U.S. with rare earths: newspapers 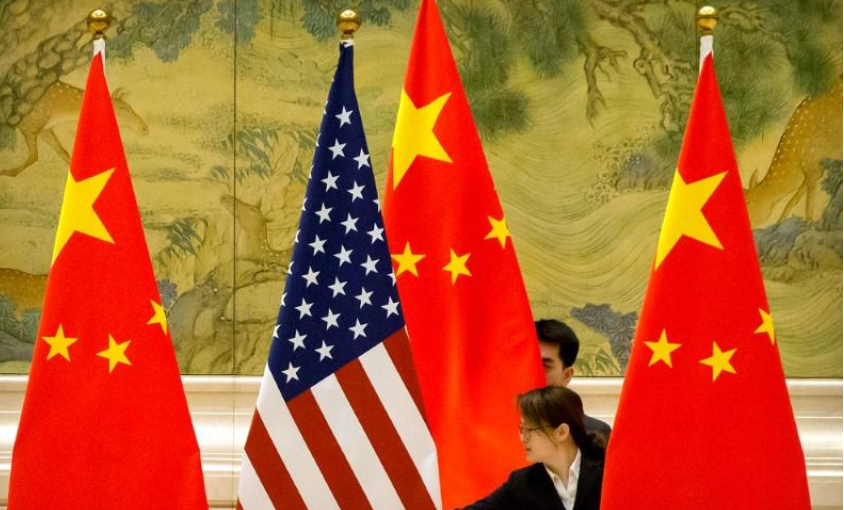 BEIJING, May 29: China is ready to use rare earths to strike back in a trade war with the United States, Chinese newspapers warned on Wednesday in strongly worded commentaries on a move that would escalate tensions between the world’s two largest economies.

President Xi Jinping’s visit to a rare earths plant last week had sparked speculation that China would use its dominant position as an exporter of rare earths to the United States as leverage in the trade war.

Rare earths are a group of 17 chemical elements used in everything from high-tech consumer electronics to military equipment. The prospect that their value could soar as a result of the trade war caused sharp increases in the share prices of producers, including the company visited by Xi.

While China has so far not explicitly said it would restrict rare earths sales to the United States, Chinese media has strongly implied this will happen.

“Will rare earths become a counter weapon for China to hit back against the pressure the United States has put on for no reason at all? The answer is no mystery,” it said.

“Undoubtedly, the U.S. side wants to use the products made by China’s exported rare earths to counter and suppress China’s development. The Chinese people will never accept this!” the ruling Communist Party newspaper added.

“We advise the U.S. side not to underestimate the Chinese side’s ability to safeguard its development rights and interests. Don’t say we didn’t warn you!”

The expression “don’t say we didn’t warn you” is generally only used by official Chinese media to warn rivals over major areas of disagreement, for example during a border dispute with India in 2017 and in 1978 before China invaded Vietnam.

In its own editorial on Wednesday, sister paper the Global Times said an export ban on rare earths “is a powerful weapon if used in the China-U.S. trade war.”

“Nevertheless, China will mainly use it for defense,” it added, noting that while China might incur losses from a ban on exports, the United States would suffer more.

The paper’s editor had said on Twitter late on Tuesday that Beijing was “seriously considering” restricting rare earth exports to the United States.

China has used rare earth sales to exert pressure in past diplomatic disputes.

In 2010, Beijing cut rare earth export quotas after a Chinese trawler collided with two Japan Coast Guard ships near uninhabited islands in the East China Sea that both countries claim.

In 2012, Japan, the United States and European Union complained to the World Trade Organisation (WTO) over the restrictions. Two years later, China was rebuked by the WTO for citing environmental reasons to justify the quotas. It ultimately scrapped its export quota system after losing the case.

Chinese trade experts say if Beijing moves forward with new restrictions on rare earth exports to the United States, it will likely follow Washington’s example and use national security as a justification.

China has repeatedly criticized Washington for what it says are abuses of national security exceptions at the WTO, including this week when, according to media reports, it accused the United States of breaking rules by blacklisting Huawei Technologies Co Ltd, the world’s largest telecom network gear maker.

But China for years has used national security considerations to block major U.S. technology companies, including Google and Facebook, from operating in its market.

Such restrictions have in recent years fueled calls from within some parts of the U.S. business community for Washington to pursue more reciprocal policies with Beijing.

Shares in the company Xi visited last week, JL MAG Rare-Earth Co Ltd, surged another 10% to a record high on Wednesday, having gained 134.1% in May alone. China Rare Earth Holdings Ltd soared more than 40%, while Australia’s Lynas Corp, the only major rare earths producer outside of China, climbed as much as 14.6%.

China accounted for 80% of rare earth imports between 2014 and 2017 by the United States, which has excluded them from recent tariffs along with some other critical Chinese minerals.

Beijing, however, has raised tariffs on imports of U.S. rare earth metal ores from 10% to 25% from June 1, making it less economical to process the material in China.

Some trade analysts expect an acceleration in bringing fresh rare earth mining capacity on line in California and Australia if China uses its dominant position in the market for diplomatic advantage.

12 culprits behind Baduwal’s murder made public
13 hours ago

Gearing up to launch novel 'Rani'
16 hours ago

CPN-UML is further united after the General Convention: Secretary Bhattarai
14 hours ago