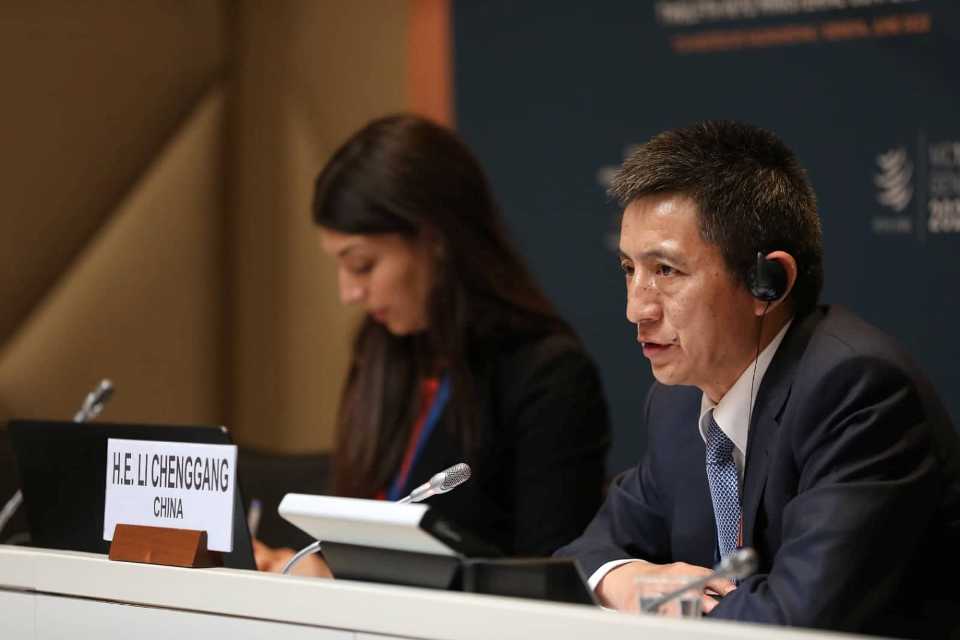 In an interaction with journalists from LDCs in Geneva on the sideline of the 12th Ministerial Meeting of the World Trade Organization (WTO), Chinese Ambassador to the WTO, Li Chenggang said the new initiative proposed by China calls for paying attention to the special needs of developing countries and supporting vulnerable countries through debt suspension and development assistance.

Ambassador Li said China as a developing country attaches huge importance to the development needs of the LDCs and is sympathetic to their needs to meet development challenges. "In this regard, President XI Jinping has proposed ‘building a community with a shared future for mankind’ in which case China will increase assistance to other developing countries, especially the LDCs, and do its part to narrow the north-south development gap," he said.

This comes amid reports that Chinese debt had created a serious financial crisis in a number of LDCs. These countries have been calling for debt relief or revised terms and conditions of debt payment to help bail their economies out of crisis.

Ambassador Li also said that China has been extending support and assistance to LDCs under the WTO framework within its capacity. He mentioned that China has fully implemented the decisions of all WTO Ministerial Conferences to provide duty-free and quota-free treatment to the LDCs.

"China has been providing duty free treatment to 98% tariff items from 42 LDCs which have diplomatic relations with China, covering almost all products those countries exported to China. China is one of those developing countries that rendered duty-free treatment to the LDCs at the earliest time," he further said.

Nepal, also an LDC, is one of the beneficiaries of such provision. China has been providing duty-free, quota-free market access to 8,030 Nepali goods. They include cooking utensils, outfits, footwear, toothpaste and brush, beauty products and toiletry, printing paper, buttons made of animal bone, animal products, medicinal oil and products, pens and daily goods made of feather and plastic products, among others.

However, Nepali exporters have long been complaining that they have failed to benefit from this Chinese arrangement due to the “stringent policies” imposed by the northern neighbor.

While stating that China has continuously expanded its imports from the LDCs to help promote enterprises and create more jobs for those countries, Ambassador Li said the LDCs’ exports to China have accounted for a quarter of their total exports, making China the largest market for the LDCs consecutively for many years since 2008.

Ambassador Li said that they have been also listening attentively to the needs of LDCs facing graduation challenges and provided a three-year transition period for those countries which have already graduated. The duty-free treatment also applies to the graduated LDCs in the transitional period.

Nepal is one of the LDCs demanding during the ongoing 12th Ministerial Conference of WTO the extension of all international support measures for a few more years after LDC graduation to make this process smooth, irreversible and sustainable. Nepal plans to graduate from LDC status by 2026.

While stating that China has left no stone unturned to help the LDCs to integrate into the multilateral trading system, Ambassador Li further said that the LDCs Accessions program, established by China in 2011, has received a donation of USD 400,000 and USD 4.8 million in total so far from China. This program has helped six LDCs accede to the WTO and has funded LDC officials to attend WTO meetings on 31 occasions.

China has strengthened its cooperation with the WTO under the "South-South Cooperation" Fund since 2017 and also launched the "Aid for Trade" cooperation program, and helped other developing members benefit from the global value chains, according to Ambassador Li.