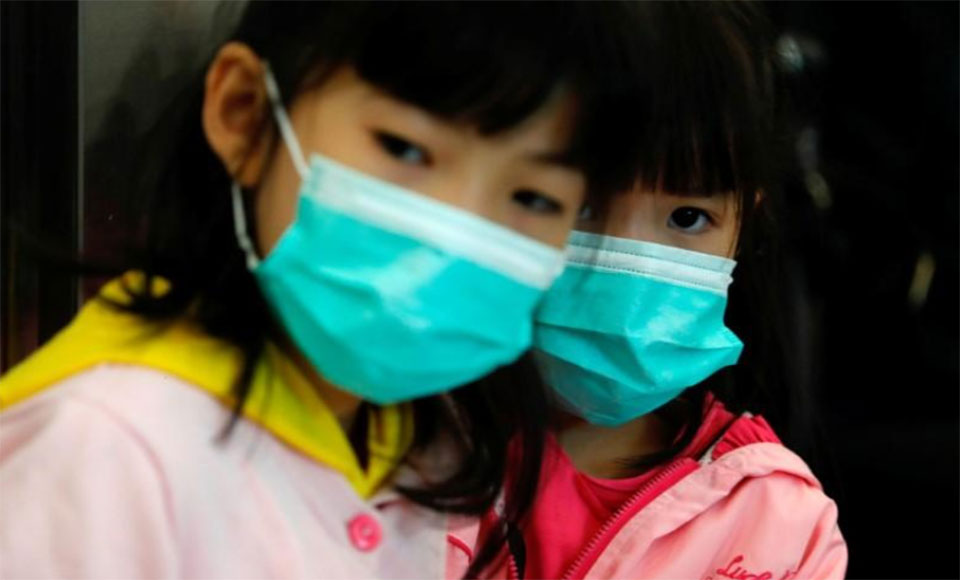 BEIJING, Jan 23: China is putting on lockdown a city of 11 million people considered the epicentre of a new coronavirus outbreak that has killed 17 and infected nearly 600, as health authorities around the world scramble to prevent a global pandemic.

Health officials fear the transmission rate will accelerate as hundreds of millions of Chinese travel at home and abroad during week-long holidays for the Lunar New Year, which begins on Saturday.

The previously unknown virus strain is believed to have emerged late last year from illegally traded wildlife at an animal market in China’s central city of Wuhan.

The virus has been reported in other major cities including Beijing, Shanghai and Hong Kong, and several other countries including the United States, stoking fears it is already spreading worldwide.

Wuhan’s city government said it would shut down all urban transport networks and suspend outgoing flights from 10 a.m. (0200 GMT) on Thursday, state media said. Domestic media said some airlines were operating after the deadline, however.

State media broadcast images of one of Wuhan’s transport hubs, the Hankou rail station, nearly deserted, with gates blocked or barred. The government is urging citizens not to leave the city.

As the city slipped into isolation, residents thronged into hospitals for checks and scrambled for supplies, clearing out supermarket shelves and queuing for petrol.

Authorities had confirmed 571 cases and 17 deaths by the end of Wednesday, China’s National Health Commission said. Earlier, it said another 393 suspected cases had been reported.

Of eight known cases worldwide, Thailand has confirmed four, while Japan, South Korea, Taiwan and the United States have reported one each.

In a report on Wednesday, Imperial College London said it estimated a total of 4,000 cases of the coronavirus in Wuhan alone as of Jan. 18, an infection rate based on the number of cases reported in China and elsewhere.

VIRUS SPREADINGIn contrast with its secrecy over the 2002-03 Severe Acute Respiratory Syndrome (SARS) that killed nearly 800 people, China’s communist government has provided regular updates to avoid panic ahead of the holidays.

During a visit to Wuhan, Vice Premier Sun Chunlan said authorities needed to be open about the virus and efforts to contain it, the official Xinhua news agency said.

The World Health Organisation (WHO) has said it will decide on Thursday whether to declare the outbreak a global health emergency, which would step up the international response.

If it does so, it will be the sixth international public health emergency to be declared in the last decade.

Some experts believe the new virus is not as dangerous as previous coronaviruses such as SARS and Middle East Respiratory Syndrome (MERS), which has killed more than 700 people since 2012.

“The early evidence at this stage would suggest it’s not as severe,” Australia’s Chief Medical Officer Brendan Murphy told reporters.

WHO Director-General Tedros Adhanom Ghebreyesus told reporters in Geneva that China’s actions were “very strong” but called on it to take “more and significant measures to limit or minimise the international spread”.

“We stressed to them that by having a strong action not only they will control the outbreak in their country but they will also minimise the chances of this outbreak spreading internationally. So they recognise that,” he said.

Despite China’s response, stock markets across Asia were on the back foot on Thursday, led by drops of roughly 1.5% in Hong Kong and Shanghai while China’s yuan fell to a two-week low.

FLIGHTS, RAIL SUSPENDED
There is no vaccine for the virus, which can spread through respiratory transmission. Symptoms include fever, difficulty in breathing and cough, similar to many other respiratory illnesses.

Preliminary research suggested the virus was passed on to humans from snakes, but government medical adviser Zhong Nanshan has also identified badgers and rats as possible sources. Confirmed sufferers include 15 medical workers.

Many Chinese were cancelling trips, buying face masks and avoiding cinemas and shopping centres, and even turning to an online plague simulation game as a way to cope.

The release of seven movies over the Lunar New Year has been postponed. The holiday is the high season for distributors and cinemas attract huge crowds.

A growing number of Chinese-listed companies, from biotech firms, drugmakers, mask producers to thermometer makers, say they are participating in a government-led war on the coronavirus.

Wuhan Guide Infrared Co told the official China Securities Journal it had donated 4 million yuan ($580,000) worth of infrared thermometer devices to the government of Hubei, the province at the centre of the outbreak.

Airports globally stepped up screening of passengers from China and the European Centre for Disease Control and Prevention (ECDC) said the further global spread of the virus was likely.

KATHMANDU, October 30: As winter sets in, there is a growing concern over how the season would respond to COVID-19.... Read More...

Mind your mental health during the pandemic

The year 2020 is expected to be the year with the worst mental health outcomes largely because of COVID-19, the... Read More...