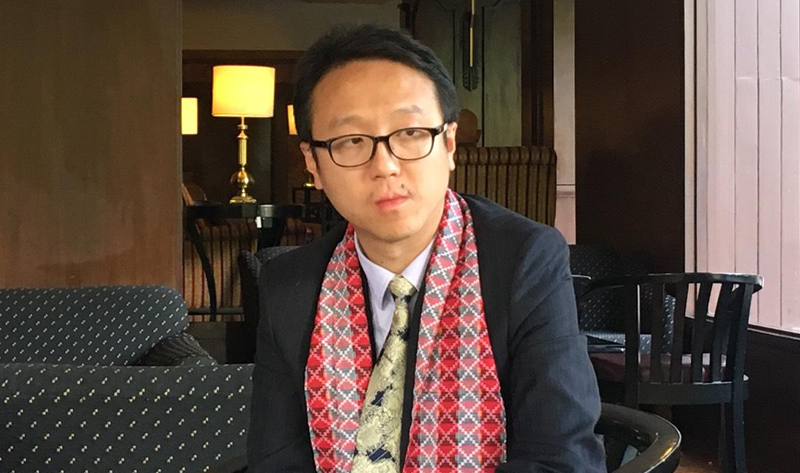 KATHMANDU, Oct 30: A Chinese think-tank has said that China is working here in Nepal impartially, without preferences for a particular political party.

Speaking at a symposium held in Kathmandu, Professor Chen Xiaochen, Director at the Department of International Studies, Renmin University of China, said, “China wants to maintain a friendly relationship with all the political parties in Nepal.

Chen was of the opinion that China assesses political parties based on their public support.

“It holds no truth that China has inclination toward communist parties since it is a community country. I made it clear during the meetings with Nepali Congress and leaders of the other parties as well,” he added.

Recalling the China visit made by then Prime Minister of Nepal late BP Koirala in 1960, Chen said that China has a close relationship with the Nepali Congress. Meanwhile, Chen claimed that China has also good relations with the regional parties, referring to Tarai-centric parties.

He further said that Belt and Road Initiative taken by China would be a cornerstone for the industrialization of Nepal.

Speaking at the program organized by Narayan Adhikari, a PhD scholar at the Renmin University of China, Chen opined that Nepal can develop its hydro projects and industrialization within the framework of Belt and Road.

On May 12, 2017, Nepal and China had signed a memorandum of understanding (MoU) on the Belt and Road Initiative.

Asked about his views on the progress on Belt and Road made by Nepal in the last six months, Chen said, “The implementation of agreement is important.This project has three phases. It would be good if we could start the work from the point that would be beneficial for the both the countries.”